THE ROBIN HOODS - WAIT FOR THE DAWN 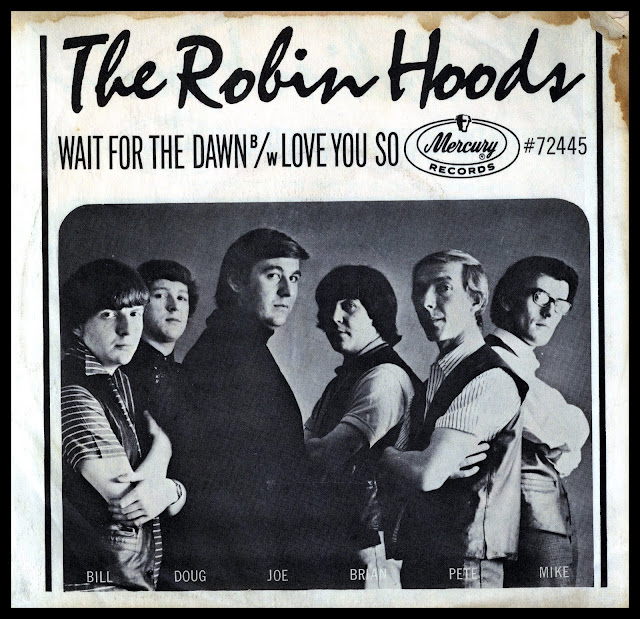 Both sides of the disc offer pleasant sounding beat ballads with the British sound of the 1964/65 era (pre fuzztones) I was quite surprised to read in "Teenbeat Mayhem" that The Robin Hoods were formed by British exiles living in Chicago! "Wait For The Dawn" is the most immediate number with it's mournful harmonica bursts and melodic approach. Radio hit friendly sounds.

Some copies of the record came housed in a picture sleeve showing that the boys had the English look and style of the time. It was not released in Britain. 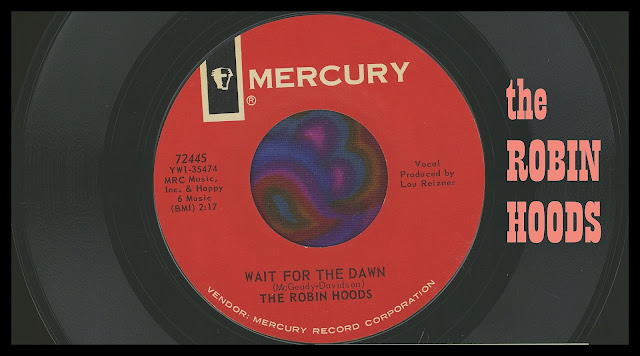