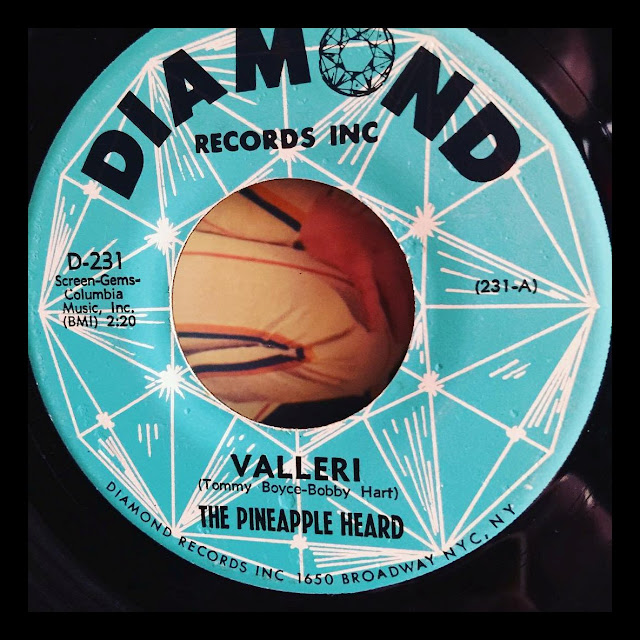 💥 In early 1967 Ed Wool and the Nomads hear the Monkees perform “Valleri” on their TV Show and dig it so much that they record their own version for Diamond Records. Then a name change to The Pineapple Heard ensues before the single was released during October 1967.

Unsurprisingly their fuzztoned beat version sank without trace. Five months later, the Monkees released their commercial version with a Davy Jones lead vocal and it sold in the millions!!!