THE MUGWUMP ESTABLISHMENT - I CAN'T KEEP FROM CRYIN' 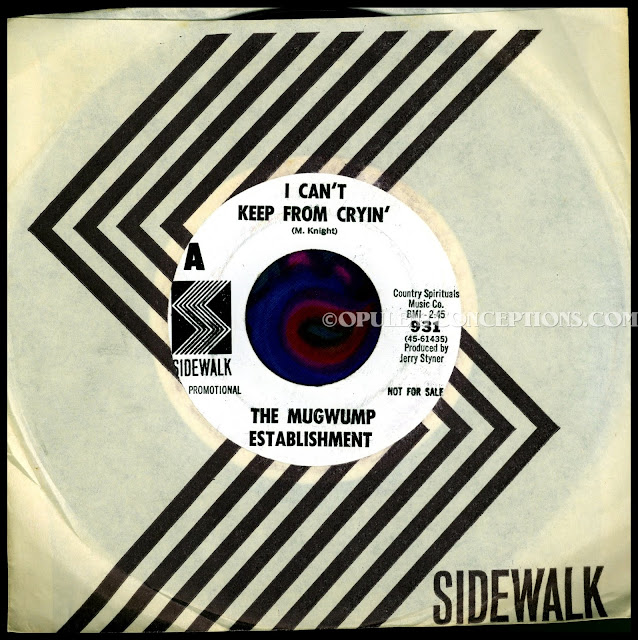 This outfit were probably Los Angeles based and had their records released on Tower and Sidewalk. They are incorrectly associated with The Mugwumps from NYC who had Cass Elliot as a member, just check out some of the comments on various YouTube uploads and eBay listings.. All lazy cut and paste jobs.

I also believe that The Mugwump Establishment were an actual band and not just a collection of studio musicians put together by Mike Curb for his way-out soundtrack creations. I have found a couple of gig posters in which The Mugwumps are billed as an act. There is also an Italian release of "Jug Band Music" which comes in a picture sleeve showing four long hairs.

"I Can't Keep From Cryin" is a polished version with fluid lead guitar, flute and organ. The vocals are languid and suit the jazzy rock feel and is similar to The Blues Project take. The other side "Bo Weevil" is 'jug band' style and not my scene. I had hoped with a title like that it would have been a Bo Diddley style rocker but sadly not. 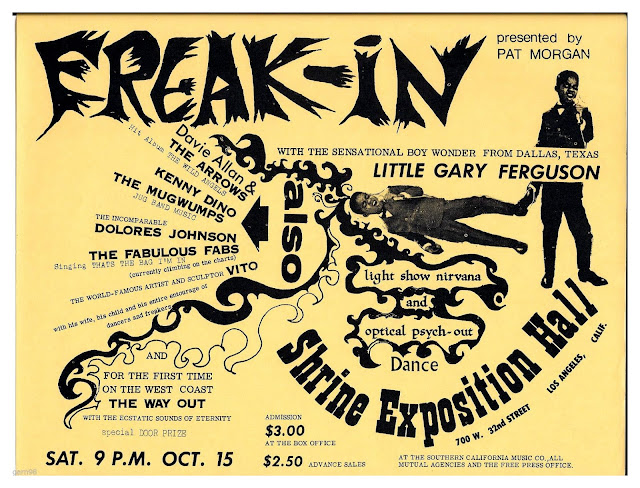 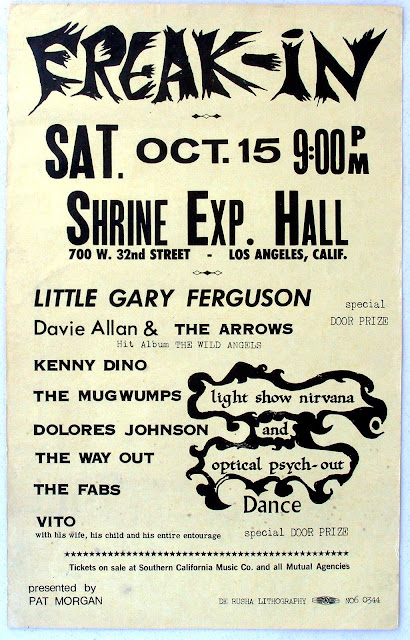 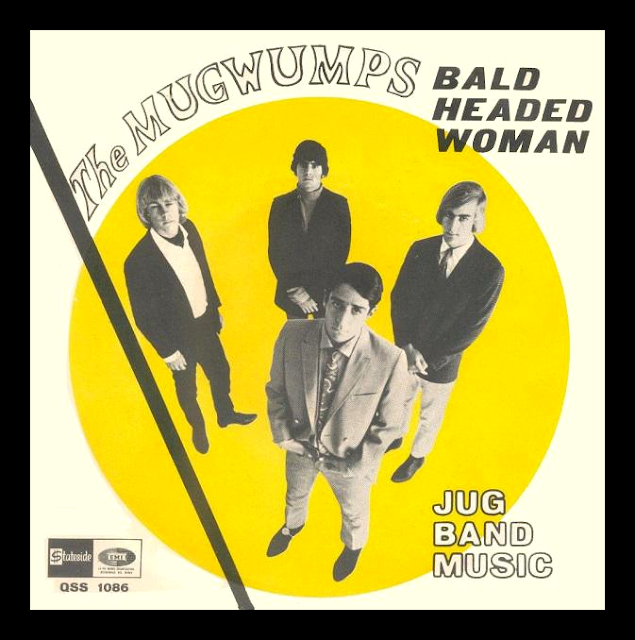