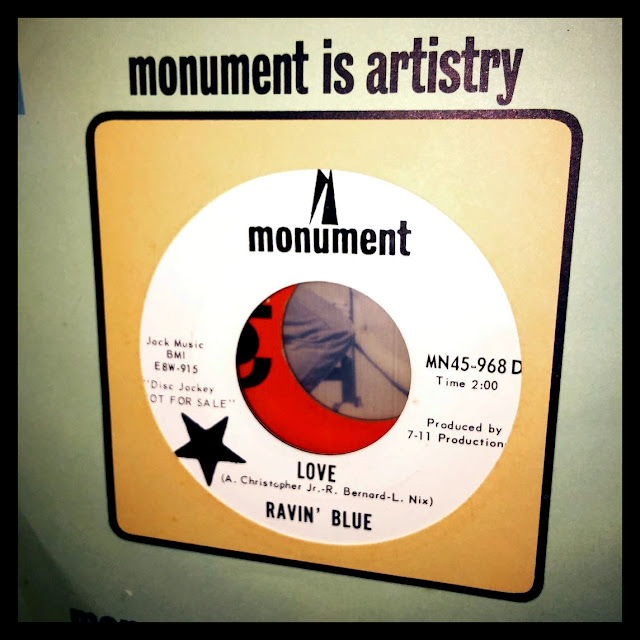 45rpm of the day and one that you’ll know from “Mayhem and Psychosis” This is a classy teenage rocker, gotta dig the Moon style drums and overall Who influence. According to 'Teenbeat Mayhem' the group got together at Mississippi University and were around long enough while they were students to have another disc released on Monument almost a year later.