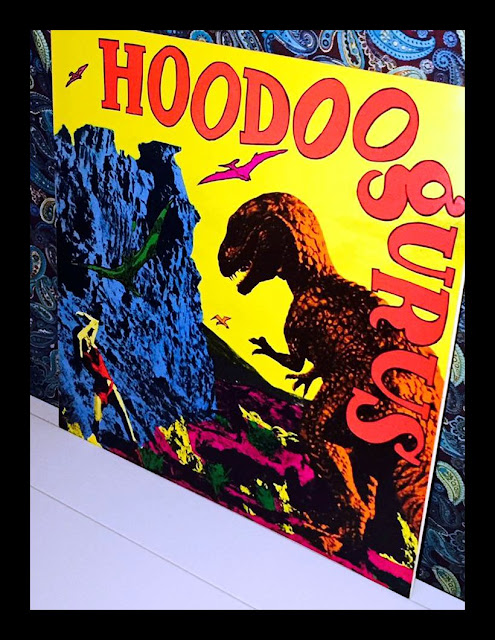 One of my old Geordie mates asked me to select seven songs with a memorable riff or in this case a caveman beat. The 1980s quite rightly get SMASHED cos most of it was horrendous. That's why I'll present an alternative vision that most humanoids are not even aware of. I think James Baker is rattling thee drums with human tibia bones on this number.
The Hoodoo Gurus "Dig It Up" (1983) 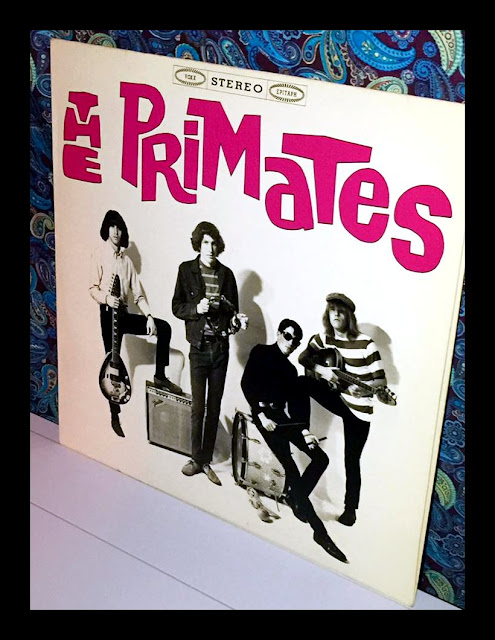 OK, picture the scene. It's 1986 and everything is rubbish and you don't even have a job. You're in a local record shop and you've got a spare £5 from your Dole money.
Do you buy the latest record by Flakey Goes To Hollywood, A Flock Of Sleaze Gulls, Depeche Commode or perhaps the new one by Bruise Springs Teen. 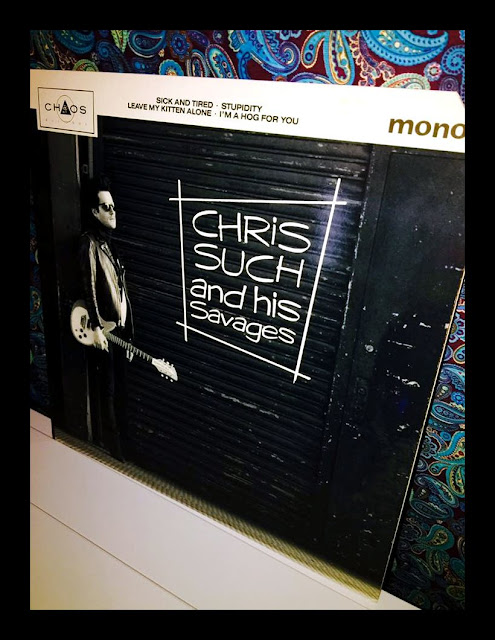 At the end of thee turgid 1980s this perfect four track twelve inch nugget was released by Chaos Records. Chris Such and his Savages a.k.a. The Headless Horsemen only used vintage equipment and has a back to basics merseybeat inspired approach. This early '60s Rock 'N' Roll style was almost extinct. Check out the cover with thee Stuart Sutcliffe lookalike, could almost be Hamburg 1962. MONO-tastic
Chris Such and his Savages "Leave My Kitten Alone" (1989) 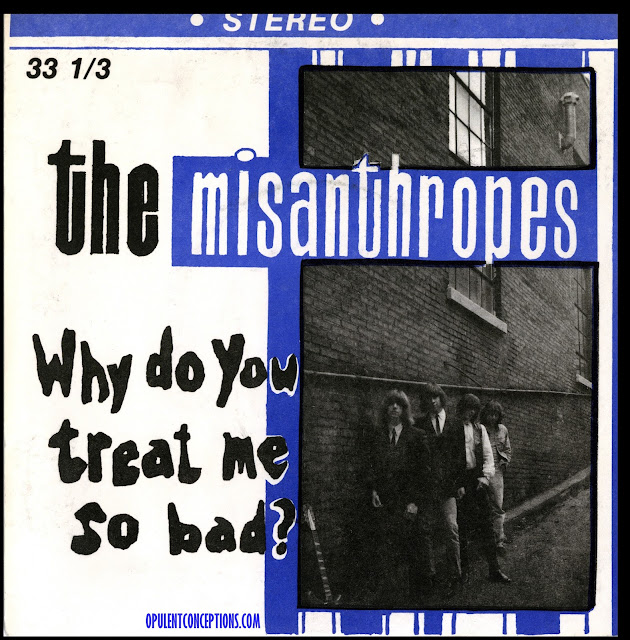 This number is not only primitive beat it is BRUTAL. It seems that The Misanthropes were feeding themselves with raw liver to get this wild. There's boundless garage noise, reckless energy, pissed off fury, the best scream outside of a Hammer House of Horror film and the drummer is probably bashing away on his kit with human tibia bones.
The Misanthropes "Why Do You Treat Me So Bad?" (1988) 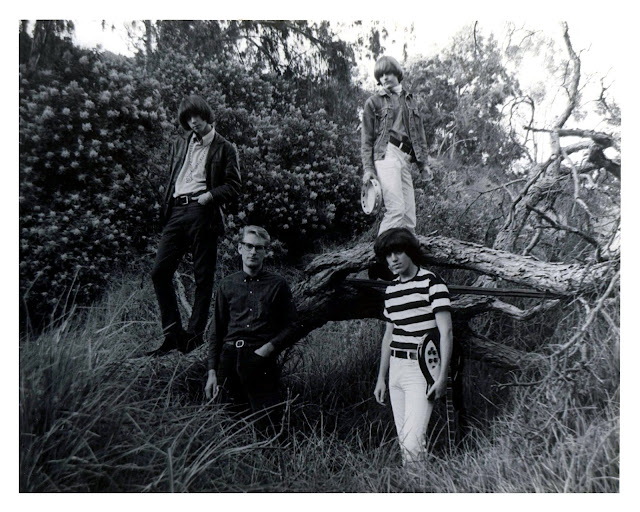 The Mystery Machine are a very intriguing group with Crawdaddys and Tell Tale Hearts connections. My guess is that they named themselves after the van in 'Scooby Doo' Sadly they never released any singles, only one song emerged on "Battle Of The Garages #3" (Voxx Records) back in 1984....a kind of '66 inspired Sunset Strip folk jangler with compact organ.

All of this going on when the mainstream was seemingly obsessed with awful production jobs including gated reverb, horrendous synths and sequenced sounds....I hear The Yardbirds in places too. The Mystery Machine "She's Not Mine" (1984) 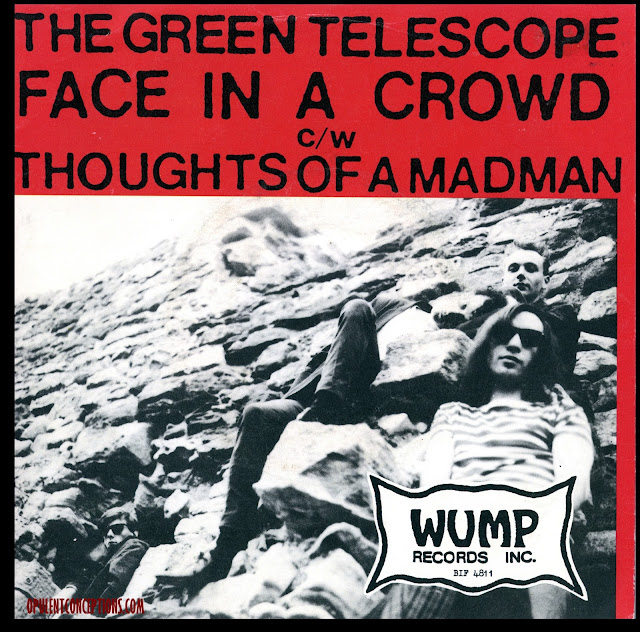 It's 1986 and it's crap, everything is.. There's not much to get excited about apart from reading in "Bucketfull Of Brains" Edinburgh's finest The Green Telescope have a single out!!!

The "A" Side is an all time classic garage punk raver but thee "Thoughts Of A Madman" on the other side is a worthy piece of greatness too. Big deal that it's just a cover version of a 1967 number by The Nomads. The Green Telescope take the song to another level.

Lenny's tormented vocals become so possessed I actually think he is a MAD man by the end of the disc. Listen out for the fuzz overload at around 1 minute 20 seconds. Drums on this are way-Out too....
The Green Telescope "Thoughts Of A Madman" (1986) 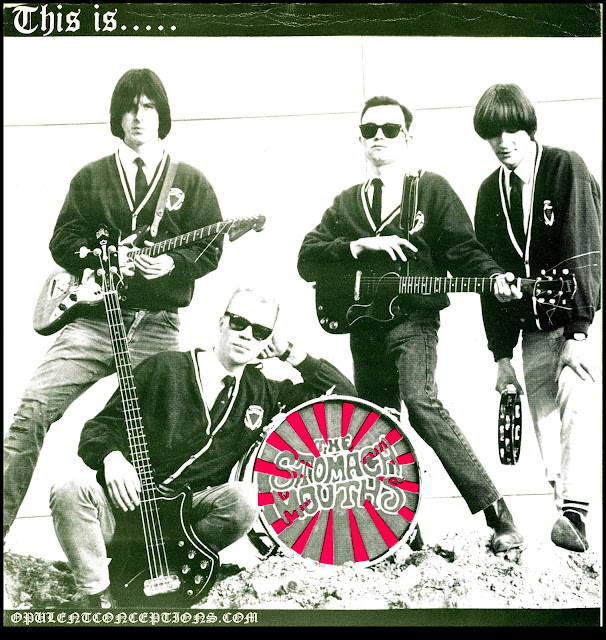 We're in the middle of 1985 and it's a time of grotesque synth bands and assorted wimpy crud... thank goodness there were still primitive punk outsiders recording manic swingers including Swedish garage band The Stomach Mouths. This record is so primitive and wild it belongs in a pre-Medieval period where their Viking predecessors are preparing thee soundtrack for their gruesome execution "The Blood Eagle"
The Stomach Mouths "Don't Put Me Down"