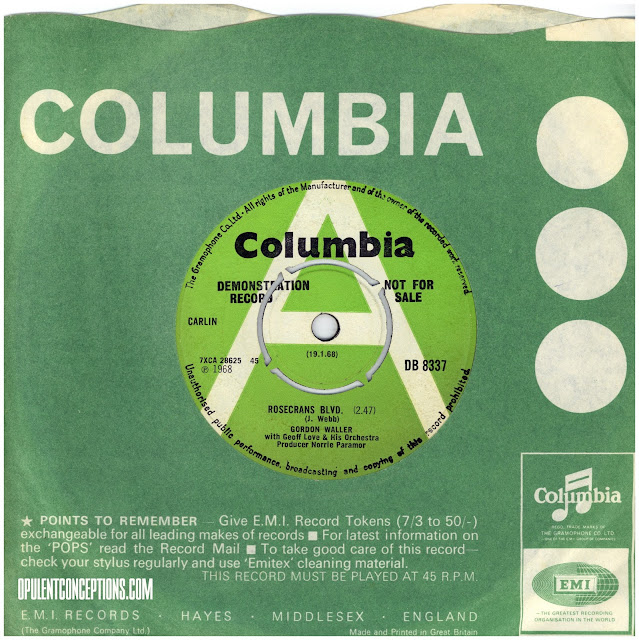 This is a lovely Jim Webb song that Fifth Dimension did on their LP and Johnny Rivers did so well and that was one of my favourite songs last year. A plaintive doomy little song about a man who keeps returning to the scene of an old love affair, this is Gordon's first solo effort and his voice sounds very good indeed. I am a little worried about the arrangement, which sounds uncomfortable and speeds up worryingly in parts, it tries to be a bit too clever, I fear.

I fear I'm too familiar with the song to really be able to judge his chances commercially. I just wish the splendid Mr Waller good luck.
(Penny Valentine review - Disc & Music Echo, January 1968) 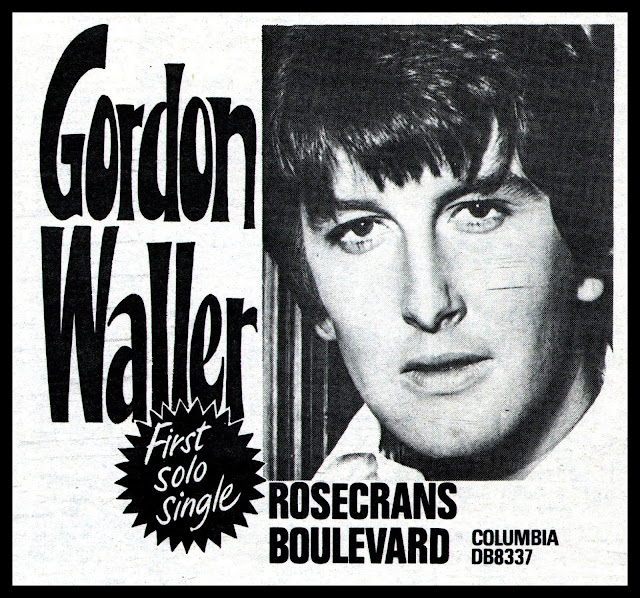 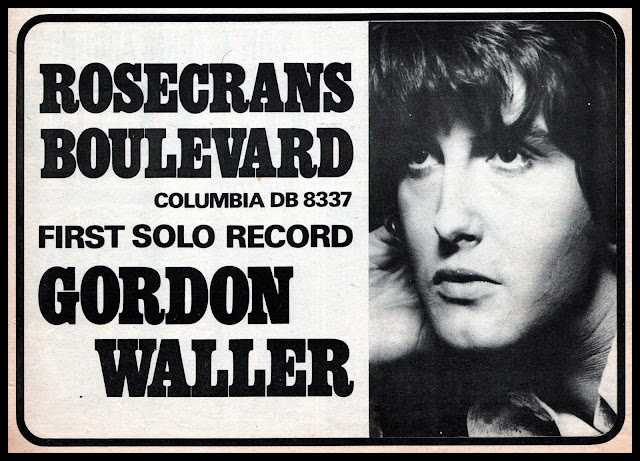