THE HERD - THIS BOY'S ALWAYS BEEN TRUE 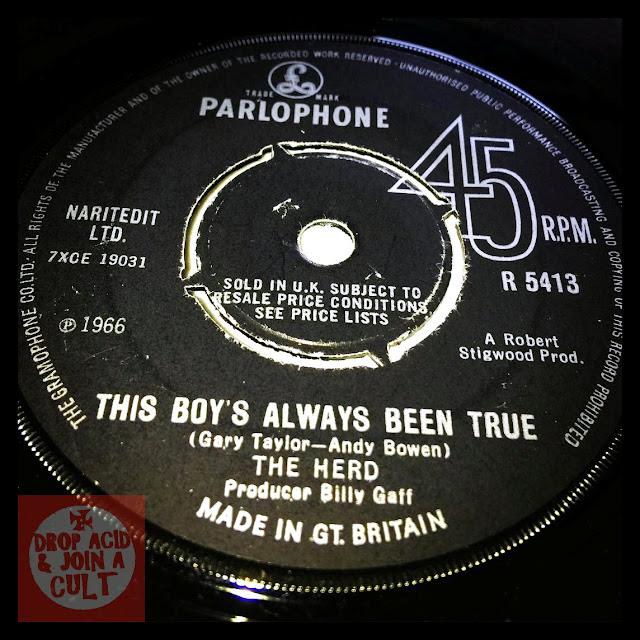 Try finding a copy of this Herd Parlophone rarity from 1966, before they signed to the Fontana label. May even have been before Peter Frampton joined. The top side "So Much In Love" is a recording of a Jagger / Richard song and had chart potential but didn't click in the Charts.


"This Boy's Always Been True" seems to have been inspired by The Who, similar guitar sound, pounding bass and Moon like drums. Shame that the vocals are not as strident as say Marriott's or Don Fardon's because this mod beater could have been a freakbeat monster. Still good though.