T.J. BLACK - SHE BELONGS TO ME 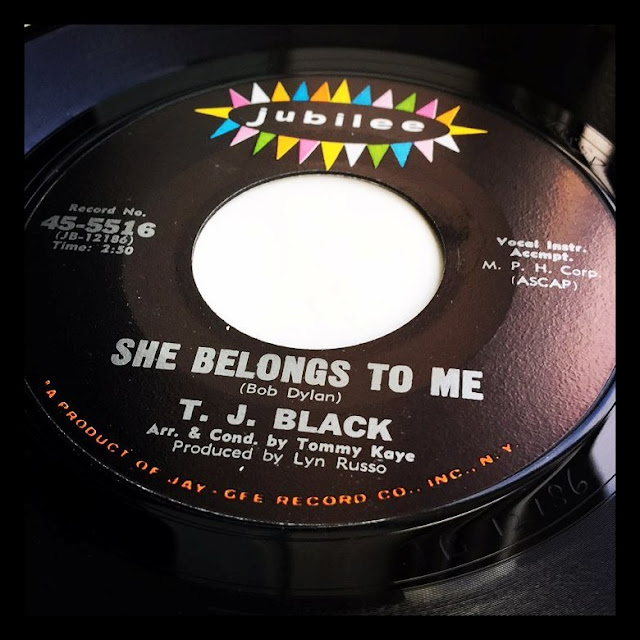 I'm always on the look out for 1965/66 folk-rock records and I found a copy of T.J. Black 'She Belongs To Me'/'Gotta Turn Myself On, Babe' on Jubilee. It's the often covered Bob Dylan tune but this version is slowed right down with that typical folk-rock sound of clattering tambourine, gruff/protest style vocals and what could be an ocarina...(ie) the 'I Got You Babe' kinda sound - no jangle guitars sadly.

The other side 'Gotta Turn myself On, Babe' is strong folk-rock too.

message from Max Myndblown: I have this 45 too. I believe it's Terry Black, a Canadian who put out 45s and LPs on Arc in Canada but also headed south of the border and had several US releases, including an LP on Decca, An Eye For An Ear, as Terence. 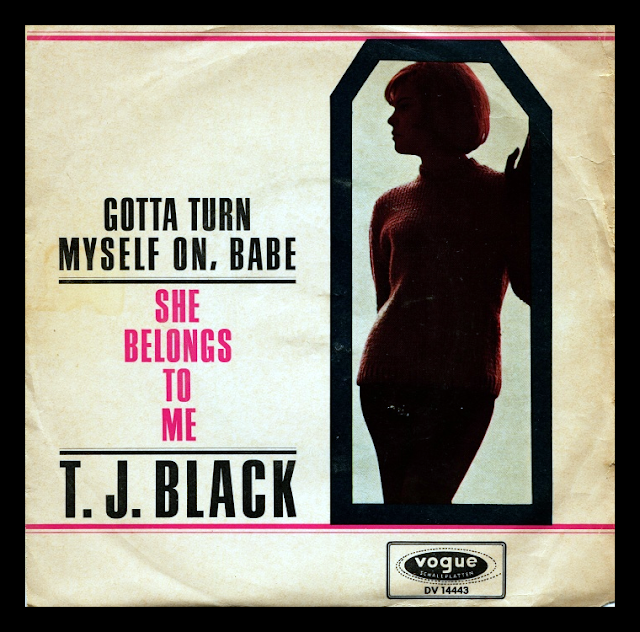 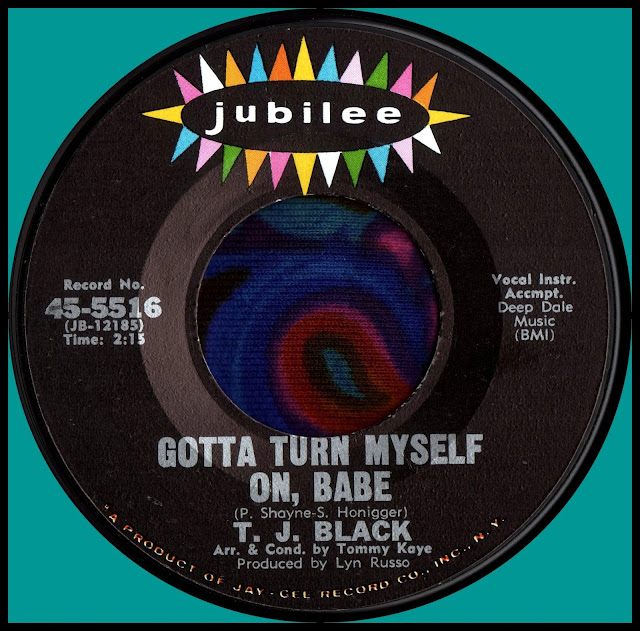