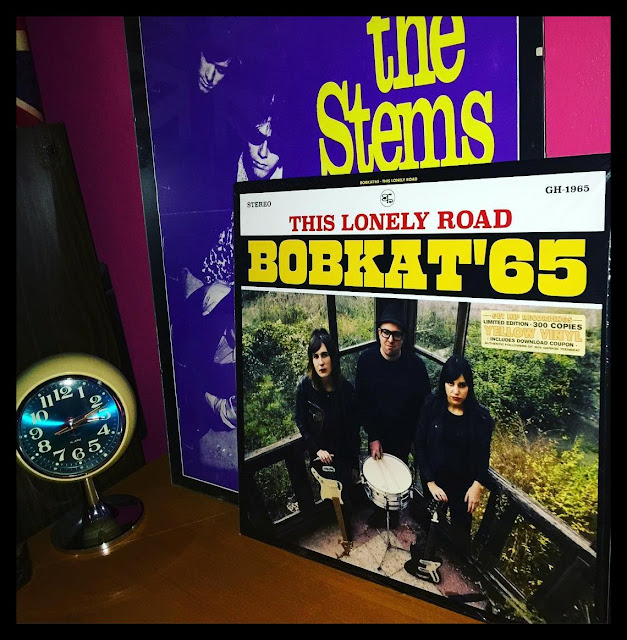 Yeah! Bobkat '65 are easily my favourite new group and "This Lonely Road" is my nomination for album of the year. Love this little neo garage jewel. With two swingin' kittens and a hat wearing bloke on drums they create a genius crude moody sound with fuzz and jangle. Check out their promo video of "This Lonely Road" cos it's where it's at.

Before this album on Get Hip there was a single recorded during September 2015 and released some months later. "Gwani" / "Time" comes highly recommended and is worth tracking down before it becomes scarce. Both songs are short sharp stabs of coolness, "Gwani" was inspired by Ana's pet dog. This upbeat number with fuzz is perhaps the most fast paced number I've heard from them. Great girl screams too, reminds me of The Pleasure Seekers.
The other side "Time" is a convincing crude and moody cover version of a 1967 song originally by Dexter & the Derbies. Once again Bobkat '65 are authentic in both style and approach, in other words they nail it and make it their own. 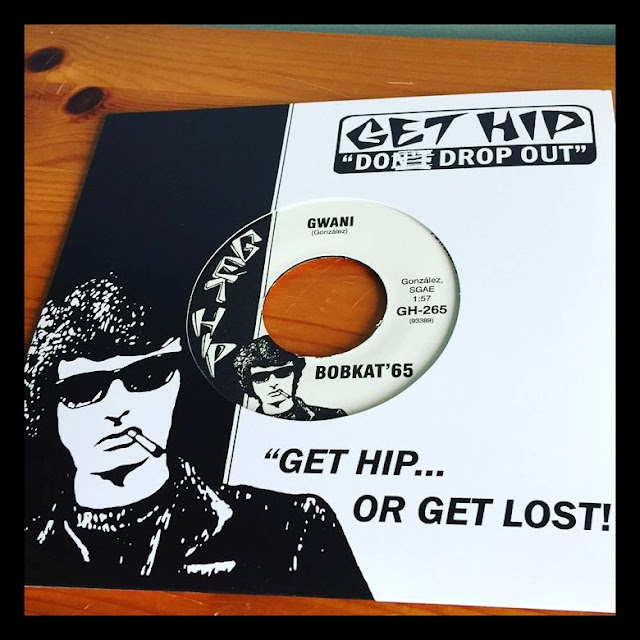 So it's back to the album "This Lonely Road" which was recorded at Estudios Circa Perrotti during December 2016, making it almost a year old already! A theme of melancholy and longing runs throughout the ten songs of stripped down '66 inspired beat. Kinda like outsiders lookin' in, loneliness, feelings of craving and desire after a lost love and those anxieties of life in general...it's all a moody puzzle and they're scrambling around for missing pieces that may never be found.

Their superb original songs are mixed perfectly with obscurities that only a few connoisseurs will spot. These include "Try" by The Cobras, "Loneliness Is Mine" by The Esquires and "To Be Like You" by The Missing Lynx.

Ana (guitar / vocals) Paula (bass / vocals) and Diego (drums) have really come up with something solid here. I'm very impressed indeed and hope to hear more of their work in the months / years to follow.