THE EPITOME - I NEED YOU 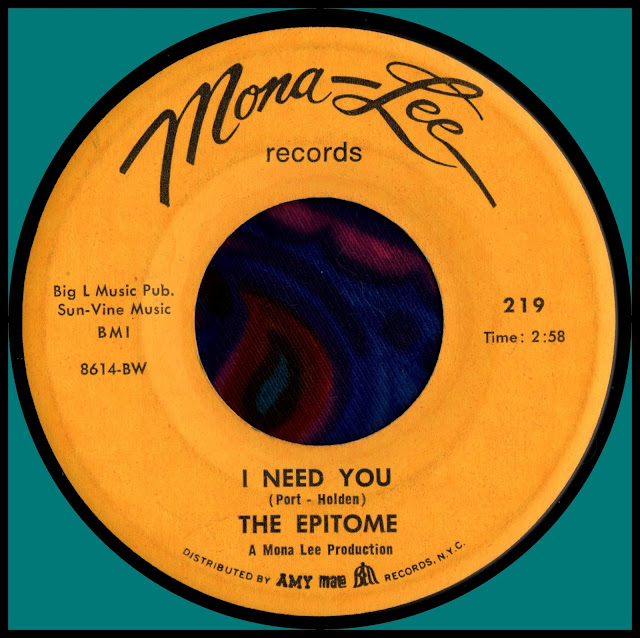 I've had this 45 for many years, every so often I'll search the net for information about The Epitome.... but nothing. They released a second single "I Can't Face Myself" / "Sleep" on Kama Sutra in 1969 but that one isn't my scene.

"I Need You" is a slow tempo cover version of The Other Half's savage and speaker shredding pounder. I dig Epitome's languid psychedelic style, loads of organ and Monkees style background harmonies. The flip "Flower Power" is a jaunty flower children bubblegum pop tune.

I've been informed that they were a New York group, the singer/songwriter Billy Hocher was later in Bulldog (2 LPs in the seventies) with the ex-Rascals Gene Cornish and Dino Danelli.

"Words can be like empty flowers
Bloom and die in just one day."