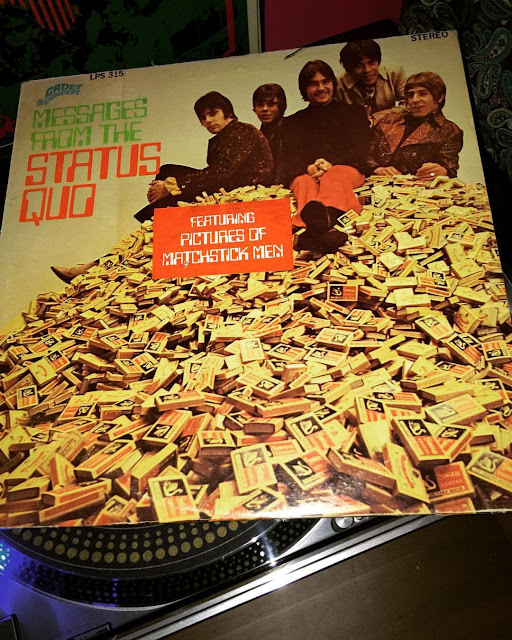 Now we're talking, the first album from Status Quo, early 1968 release. Before they went hard rock/boogie....top shelf psychedelic pop music here my dear acid brethren.
This is from a batch of black gold I bought last week, £20 for a hardly played disc by the look of it....bargain. American pressing on Cadet Concept.. 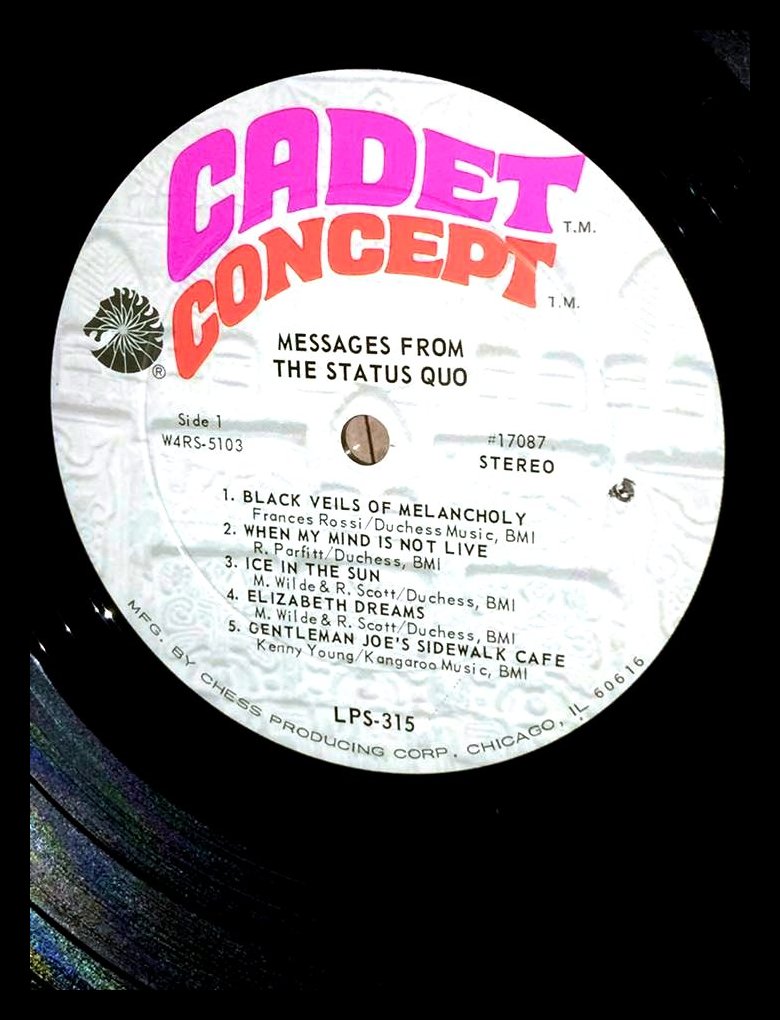