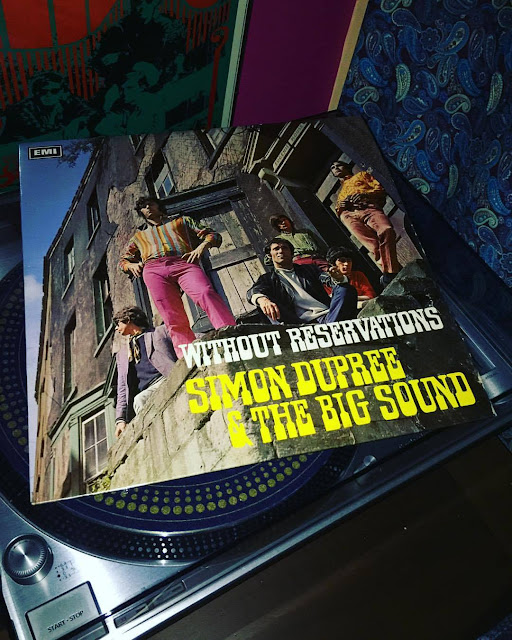 Between them, they don't dig racial prejudice...potatoes...namedroppers...early rising and crowded beaches, but on the other hand, they comprise half a dozen minds with but a single passion in life...namely, MUSIC!! As a matter of fact , I remember very well a late night in 1966 when I was invited to a dinner in the Royal Borough of Kensington, London W.8. to take in a little chicken, asparagus and potatoes, followed by strawberries and cream, and as it happens, it was a night when having drunk the coffee, one toyed with the idea of ...."and where do we go from here?"

But let me go back a little beyond that night because I remember hearing a crop of the week's new releases that didn't seem to have any special quality to ignite the imagination until I came across a Parlophone labelled single entitled "I See The Light." I played it three or four times on the trot and decided that someone just might be into something good....particularly the ones known as Simon Dupree & the Big Sound!!!

I hadn't heard them before this single hit the scene, but I was so convinced of their "Top Twenty" potential I poured passion into the microphone telling one and all that it was only a matter of time before they'd have the pop record buying public at their feet. I must have enthused a little because I remember being asked "Have you gone into the Agency Business?" Well, to get back to the post coffee period, we were told exactly "where we went from there"...straight to the middle of the dance floor and lured by the exhilarating beat of Simon Dupree!!!
Not a soul remained seated, and as I shook by the group, I shouted to the fellas... "Top ten in four weeks from now!"

But strange is the pattern of success in pop dictated by the frantic fans who supply it's lifeline....The fellas didn't see much of the light...then they followed up with "Reservations." As I scribble these cover notes by invitation (I'd have made application for the job without invite anyway) Simon & Co have another single out called "Day Time, Night Time". With the same initial belief in their ability I won't revert to the superstition bit of 'third time lucky' but those three tracks alone make this a part of any fan's supply. Get a load of "Teacher, Teacher"..."Get Off My Bach" and then some!

The boys have also included some of their popular Club numbers such as "Amen" ..."What Is Soul" and "Love". Someone will see the light sooner or later, and if you don't mind...sooner! Huh?
(back cover notes: Alan Freeman) 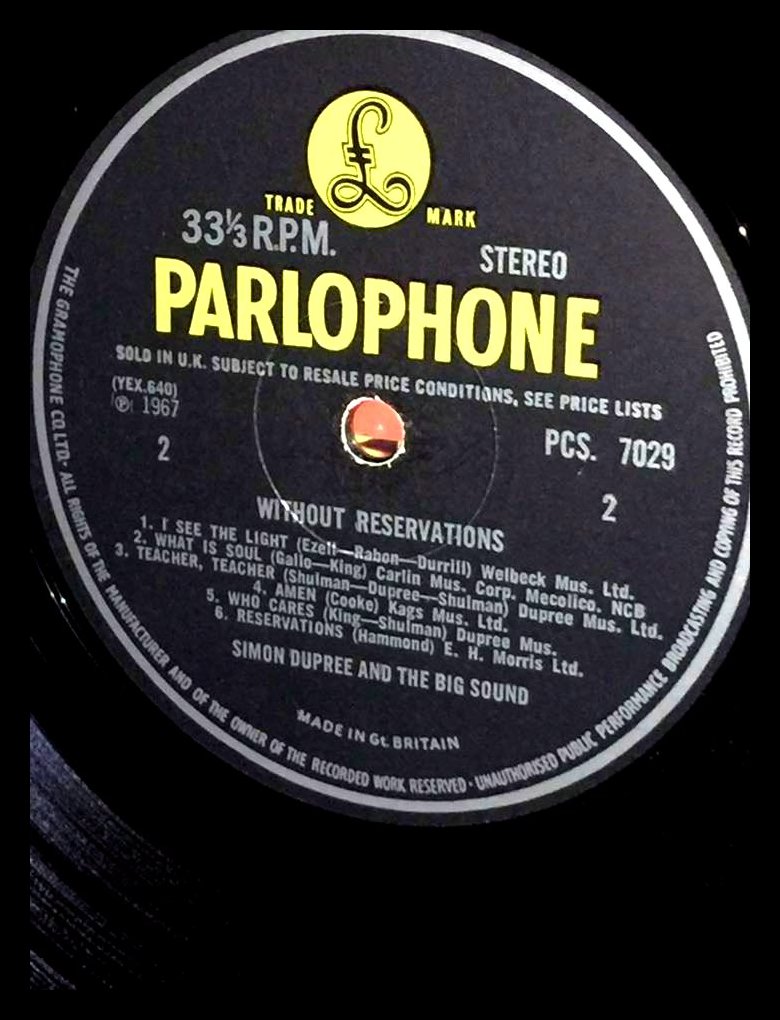