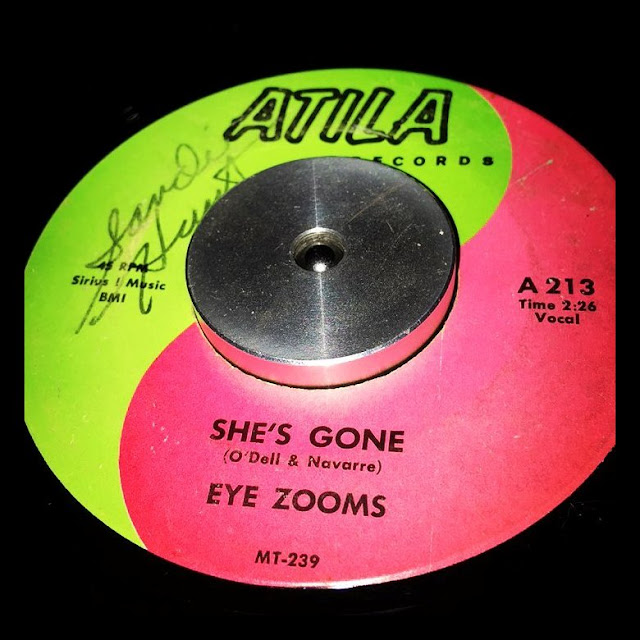 According to "Teenbeat Mayhem" the Eye Zooms hailed from Toldeo, Ohio and this disc was their only release. "She's Gone" is a mournful teenbeat weeper with a cool tremelo'd guitar break. Also, dig that label, real classy affair.
Hey man, It's normal for lads to be all forlorn when they get dumped for another. But don't worry kid, you'll get fixed up with another lass sooner than you think.

"She's Gone" was compiled on " No No No" some years ago. The other side, "On The Line" is a rollicking piano led rock and roll instrumental. It sounds like an early 60s throwback. Not my scene and has not got the 'garage' sound.

Atila was owned by Johnny Paris of Johnny & the Hurricanes. They also recorded a few quite decent garage numbers during this era.