THE SOCIETIE - BREAKING DOWN Back in the early to mid 1990s Record Collector magazine published a monthly feature on 60s UK psychedelia titled "The British Psychedelic Trip." It was an in depth A to Z of all the groups who recorded mind expansion and fuzz fueled pop.

Some very obscure groups were featured including The Societie who hailed from Glasgow and were talent spotted by The Hollies during one of their tours of Scotland. Allan Clarke was so impressed by this late teens outfit that he encouraged them to travel to London for some recordings which became their one and only single on Deram, released during November 1967.

Allan Clarke produced the disc and it's perhaps no surprise that "Bird Has Flown" has Hollies similarities, especially the lead vocals but the harmonies are very much Holliesesque. The B-Side "Breaking Down" is in a mod soul direction and I really dig this one too. 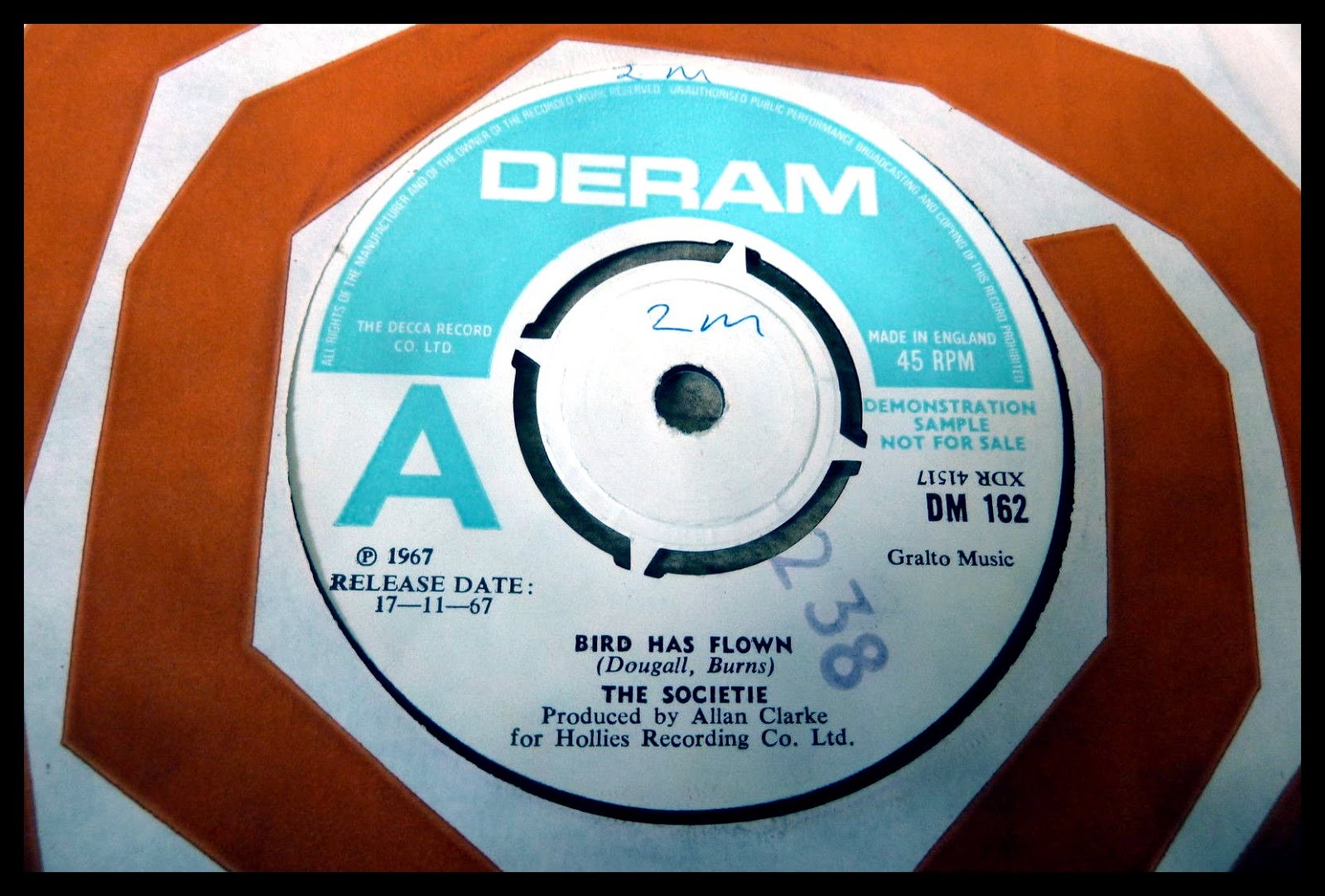 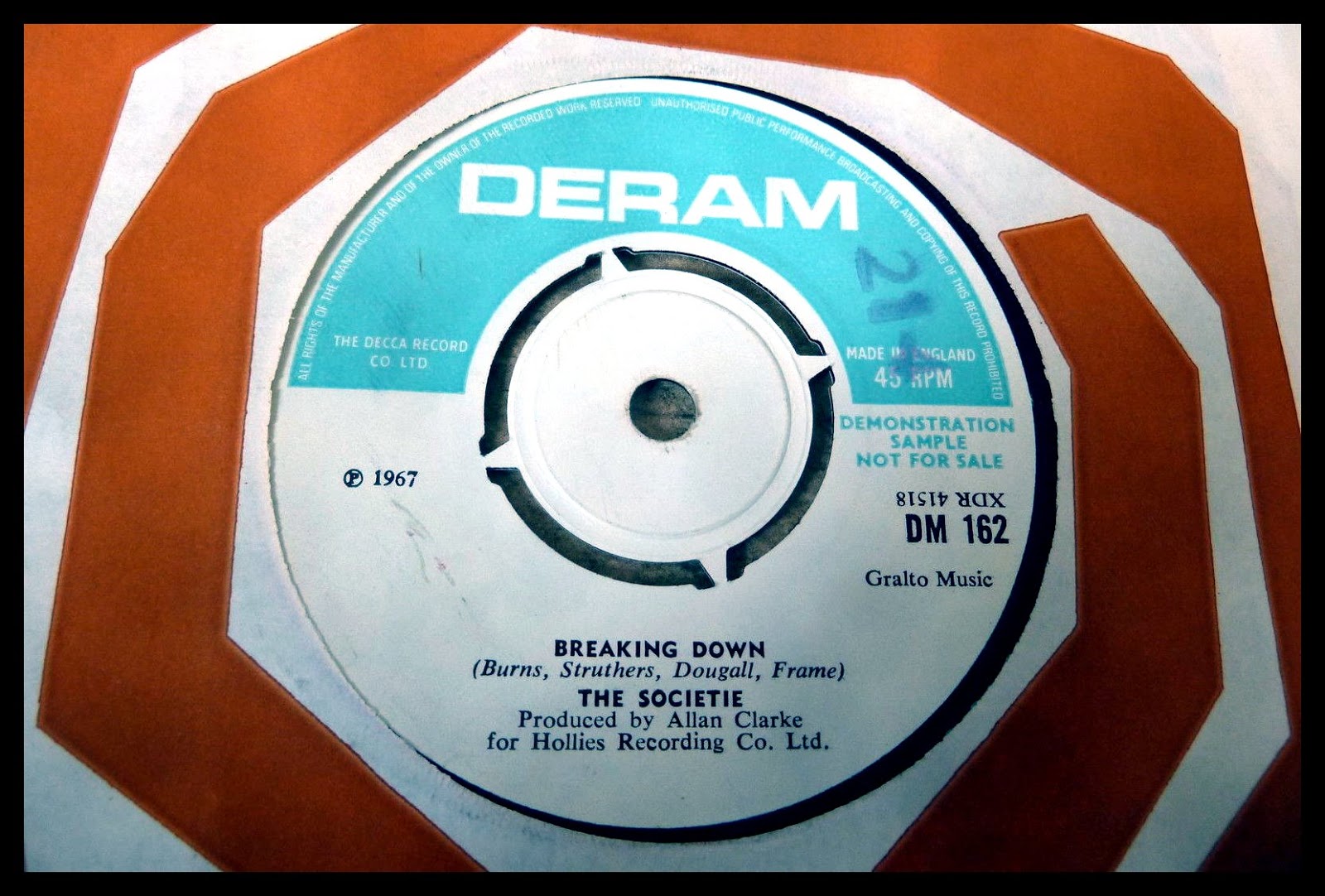 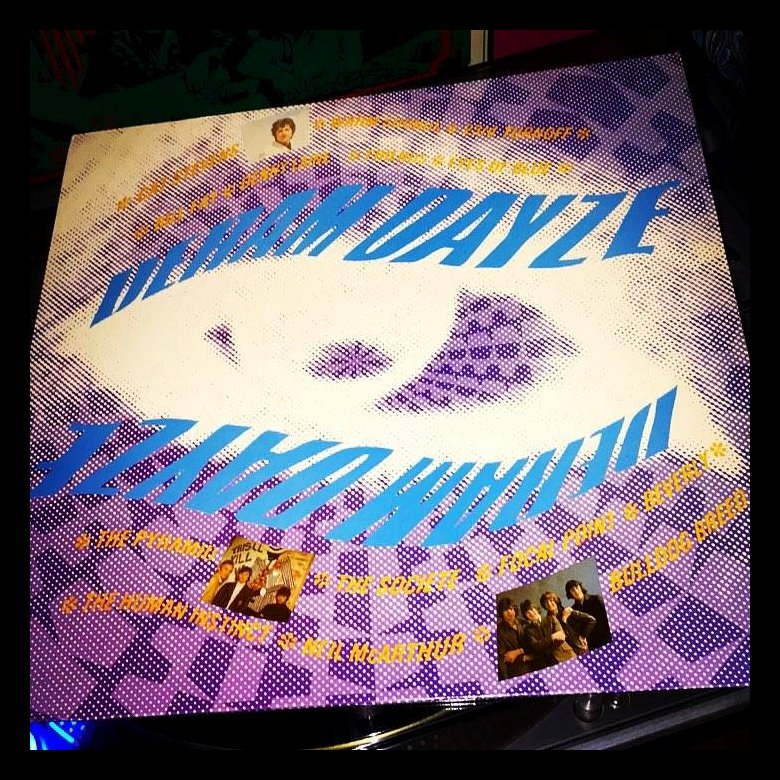 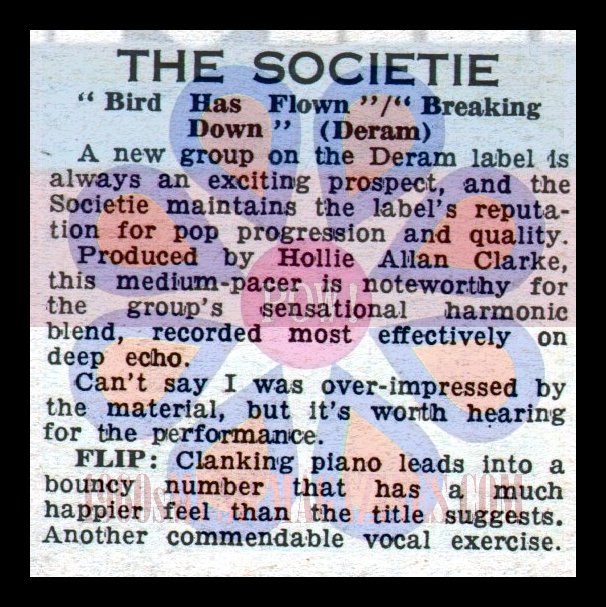