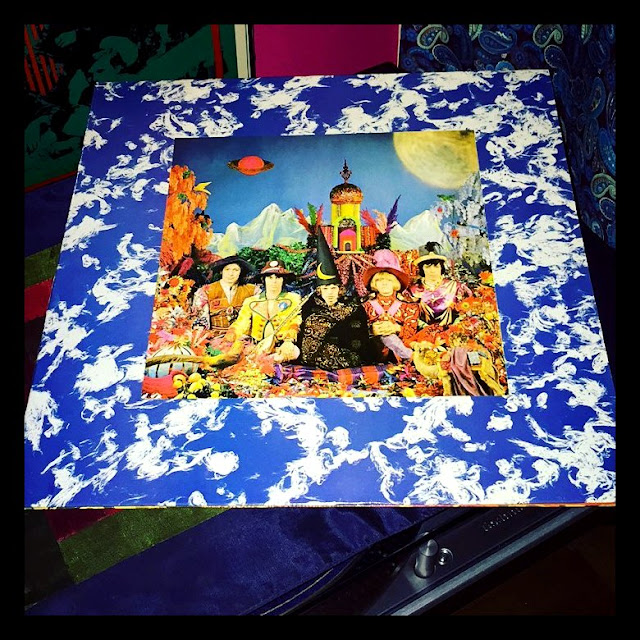 The material The Rolling Stones recorded for their psychedelic album "Their Satanic Majesties Request" was cut between February to October 1967 and was the first to be produced by the Stones themselves after Andrew Loog-Oldham quit.

I bought my copy of the album in the late eighties and I must admit that I wasn't that impressed by the package as a whole, probably because at the time I was mostly listening to mid sixties teen groups from America via the usual compilations. Over time, and with my tastes in music slightly changing, I've grown to really enjoy this long player from start to finish.

I've heard from fellow record collectors and read in various magazines that the album got panned by the critics at the time, even Jagger and Richards weren't that keen on it. Recently though. "Their Satanic Majesties Request" has seen something of a resurgence and reviews are more favourable.

Since I started buying vintage 1960s magazines and music weeklies seriously a few years ago I tend to focus on album and single reviews and all of the latter that I've read in Disc & Music Weekly, NME and Record Mirror have been very favourable so I'm a bit puzzled about who infact these so called 'critics' were?