THE MINDBENDERS - THE LETTER 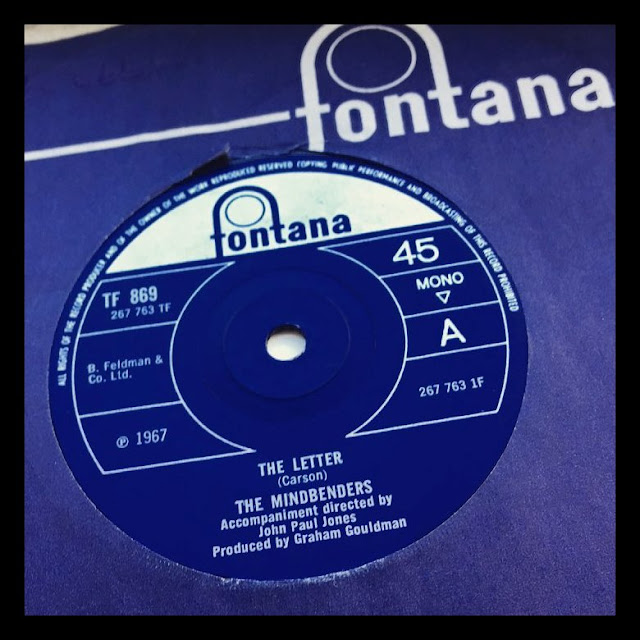 A cover version of a current U.S. hit, this is the Mindbenders' most commercial single for some time. It's an upbeat swinger that bounds along with fire and enthusiasm, but still manages to incorporate a catchy tune and a cute lyric.

Their version is polished and immaculately handled, with crisp brass, lush strings and pleasing harmonies.

FLIP: The boys pump out an absolute thundering beat on this track. Not a great deal of melody, but plenty of interest in the lyric and the backing cellos.
(NME review - 09/09/67)

Cover of an Amrican hit and the clean-cut sound of the boys should see it into the charts. Strings behind, and a strong beat....and the harmonies are clean and straight forward. Song may not prove as big as I think it will, but certainly the Mindbenders should make the charts. FLIP: Rather brash instrumental opening and fair enough material.
(Record Mirror review - 09/09/67)

This was a big hit in the States for an American group recently. From what I can remember of that recording I rather prefer this which really deserves to give the Mindbenders their long awaited hit.
It's a rather simple tune with simple words about how he's just got a letter from his baby and he's going home. Good for him. The best production job the group have ever had.
(Disc & Music Weekly review - 09/09/67)