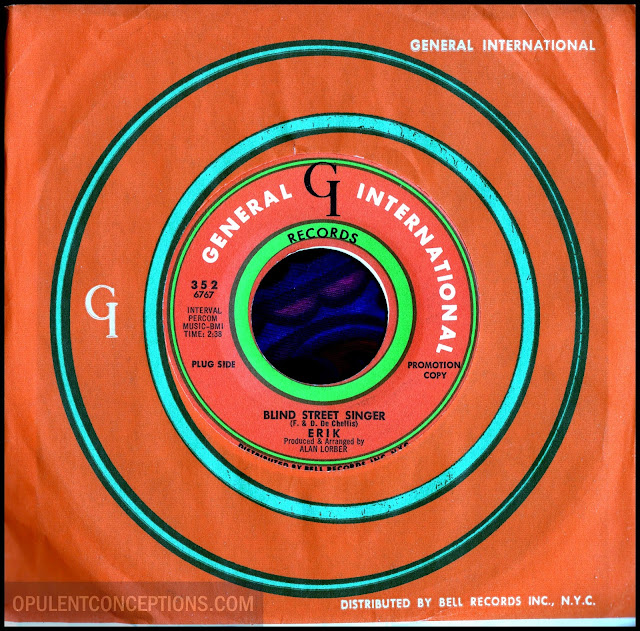 Second and last single from New York folkie Erik, who was 16/17 years old when this was released and may have been Erik Heller who released the acid folk album "Look Where I Am" on Vanguard in 1967. I have searched for evidence to link the recordings but have drawn a blank. If anyone knows for sure let me know, thanks!

"Blind Street Singer" is a pleasant enough folk song which comes across with quite a strong Donovan influence. Quite a catchy number and after repeated plays really becomes hard to clear from your head.

The other side "Tell Me Are The Good Times Gone" raises the tempo somewhat and has drums, guitar, bass and tambourine backing. The background harmonies could almost be described as 'mod'ern.