THE FAIRYTALE - I GUESS I WAS DREAMING 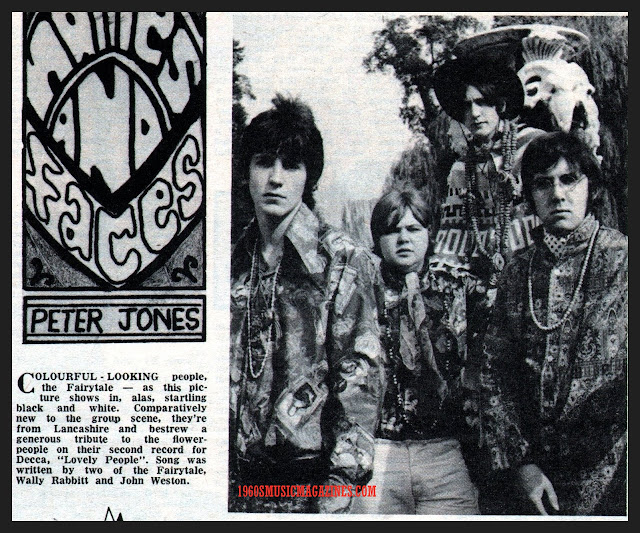 Sadly I don't have an original copy of "Guess I Was Dreaming" but I'm fortunate to have an official re-issue on the ACME label. Back in 2007 this label released several box-sets of rare psychedelic British singles, this being one of them.

The Fairytale were formed in Warrington and most definately had the talent to go further but after a few flop singles they disappeared. "Guess I Was Dreaming" appears to be about a young hipster waiting patiently for his dealer to bring him some narcotics, now I'm thinking those would be of the mind-bending variety.

"Here he comes walking through my mind
In so many colours making me blind."

I have scanned the picture from Record Mirror dated 14th October, 1967. The article mentions their second single "Lovely People" which was not a strong as their first highly desirable disc from the Summer.

Curiosly, American group The Kingsmen also recorded a version of "Guess I Was Dreaming"
I have no idea where and how this obscure psych song came to their attention but on the other side was a version of "On Love" by Skip Bifferty.