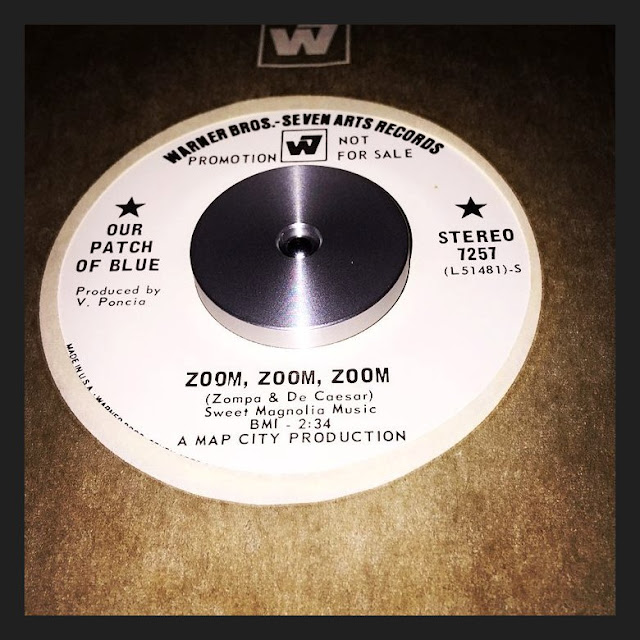 This is a very obscure bubblegum rocker from late 1968. With it's bass heavy beat, fuzz, organ and handclaps this one could have really hit big but I don't think the tune caught on. I've read elsewhere that Our Patch Of Blue were from Rhode Island, I don't know if this is accurate so if anyone knows for sure leave a comment. I compiled this side more than a decade ago for my Fragments Volume 1 set for the now defunct U-Spaces group.

"Zoom, Zoom, Zoom" was co-written by Bernie De Cesare and Pat Zomba, the flip "Lily White" is also one of their dual songwriting efforts. The producer on this disc was Vini Poncia known for his fine work with The Tradewinds and The Innocence.

Cover versions were recorded by Agentinian group Los Barbaros and in a heavier style by Australian outfit The Cam-Pacts.


Our Patch Of Blue Warner Bros