NEW YORK PUBLIC LIBRARY - GOT TO GET AWAY 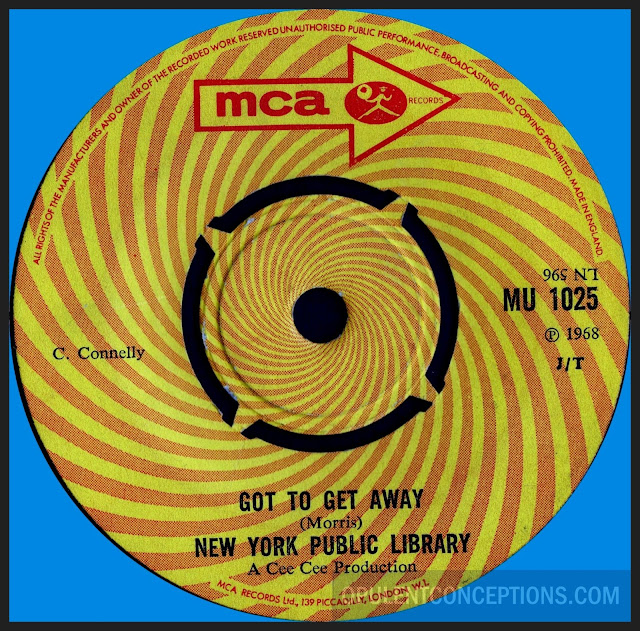 A rather bizarre name for a group who were probably based in London during the late sixties but whose members were from the West Yorkshire region. Terry Stokes and Dave Bower were in mid sixties beat group The Cherokees but it appears that they formed this new outfit when the latter had run it's course, adding Brian Morris and Topper Clay.

After years off looking for a copy I finally found one!!!
1968 psych-tinged rock with chiming guitars, a loud bass mix and pure pop harmonies. Killer...but like most of the really good underground sounds this one sank without a trace.