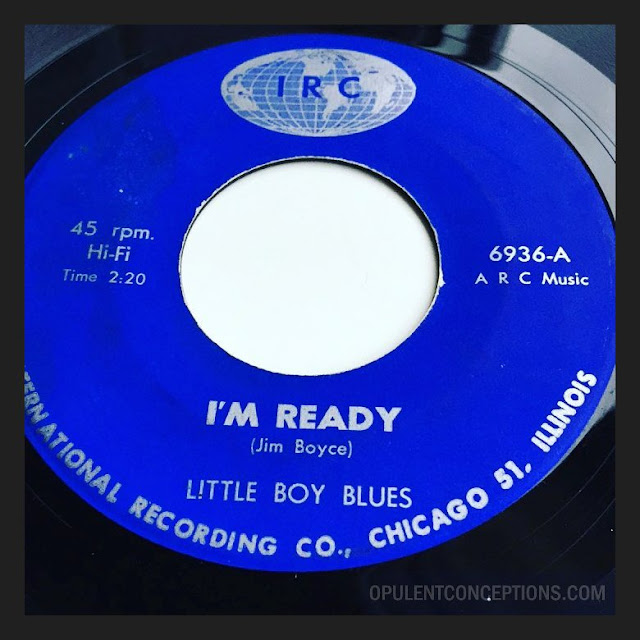 I've had this record for years and was recently raking about in a box marked "L" and came across this little nugget which has been sadly neglected by me for long enough. "I'm Ready" is tough and wailin' R&B, much less polished than the singles the British groups were recording during the 1964/65 period.

Although drummer Jim Boyce has grabbed the writing credit for "I'm Ready" the song is a Muddy Waters tune but I doubt the latter would have even known about the Little Boy Blues never mind their teenage version of R&B on this record.

"Little Boy Blues' Blues" is another decent effort, not as immediate than the top deck but worthy of some spins. Their most famous song and perhaps best is "The Great Train Robbery" which has appeared on several compilations over the years. Later in the 1960s the group changed direction and recorded a somewhat stoned/jazz album on Fontana "In The Woodland Of Weir"