THE OTHERS - UNTIL I HEARD IT FROM YOU 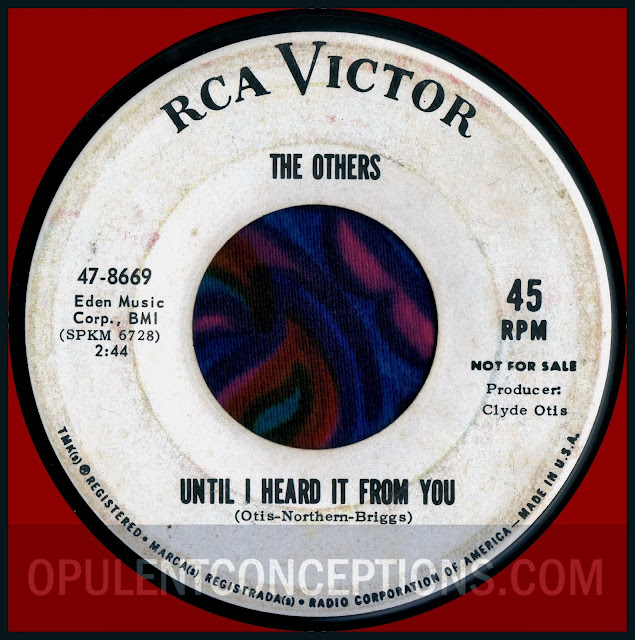 The Others, from Rhode Island, released three memorable singles during 1965/66. This sought after disc was their first and perhaps best, at least amongst 60s garage collectors. "I Can't Stand This Love, Goodbye" is a ravin' slab of coolness with a merseybeat influence. The song was also recorded by The Damned in the early 1980s during their Naz Nomad & the Nightmares phaze.

Flip the disc over for a really beautiful folk-rocker with tremelo guitar throughout and exquisite three part harmonies. For me, this has instant appeal and one of the reasons why I'm giving "Until I Heard It From You" post title status and not the more famous A-Side.

Both sides can be found on 'Mindrocker - Volume 9'