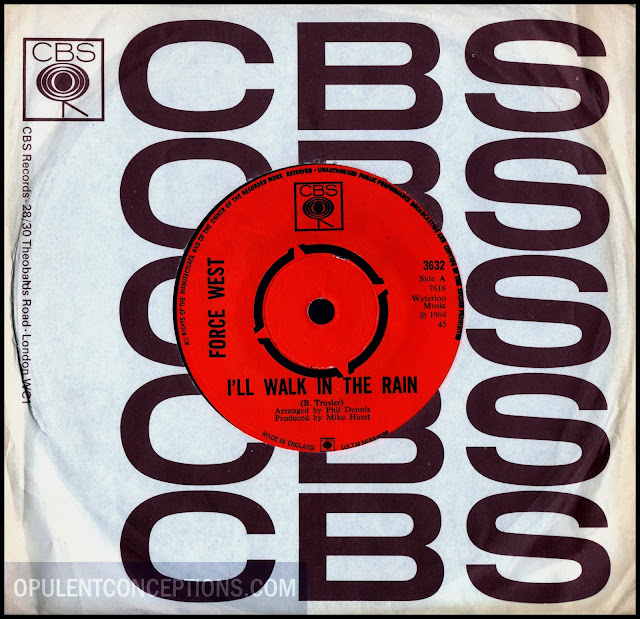 This Bristol based group released several singles during the 1960s on various labels including Decca, Columbia and CBS but somehow failed to achieve any success beyond their home areas. Despite this lack of Chart entries they're certainly an outfit that deserves attention and hopefully I'll add more of their discs to my collection in the future.

"I'll Walk In The Rain" has a huge sound, like a combination of The Bee Gees with The Flowerpot Men. It's lovely orchestrated pop with sort of West Coast style harmonies. An ideal sound for the radio back in the Summer of 1968 but it didn't click and become successful. I've created a YouTube video and it's the first time it's been uploaded!

Force West had a one-off CBS single calling themselves The Oscar Bicycle. By the end of the 60s they were known as The Shakane.