THE SMALL FACES - I'VE GOT MINE 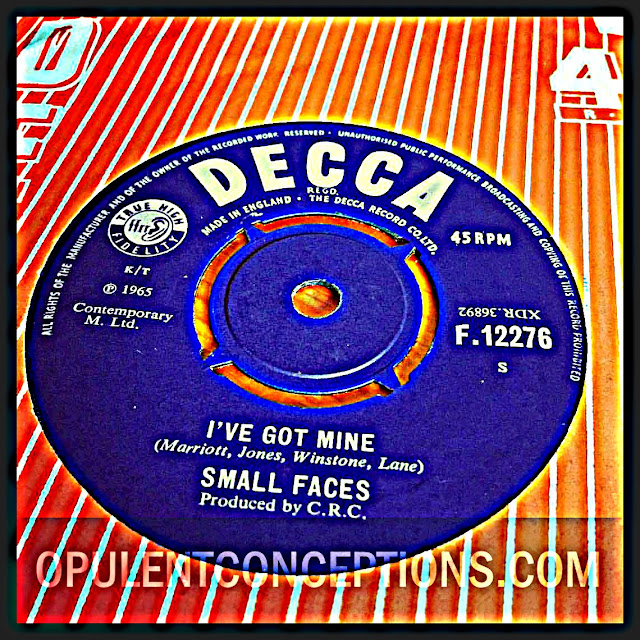 The follow up disc to the hit "Whatcha Gonna Do About It" released at the back end of '65 was this fabulous progressive number written by the group. Although "I've Got Mine" failed to dent the Charts, the moody R&Beater did gain favourable reviews in the music press.

The song is featured in the 1965 British film "Dateline Diamonds" and the performance has been captured and uploaded to YouTube. Curiously "I've Got Mine" was revisited by The Small Faces some years later and re-recorded as an instrumental.
The B-Side "It's Too Late" was co-written by Marriott and Jimmy Winston who shortly after the release quit the group to form his own R&B group Jimmy Winston & his Reflections.