THE SANDS OF TIME - ONE DAY 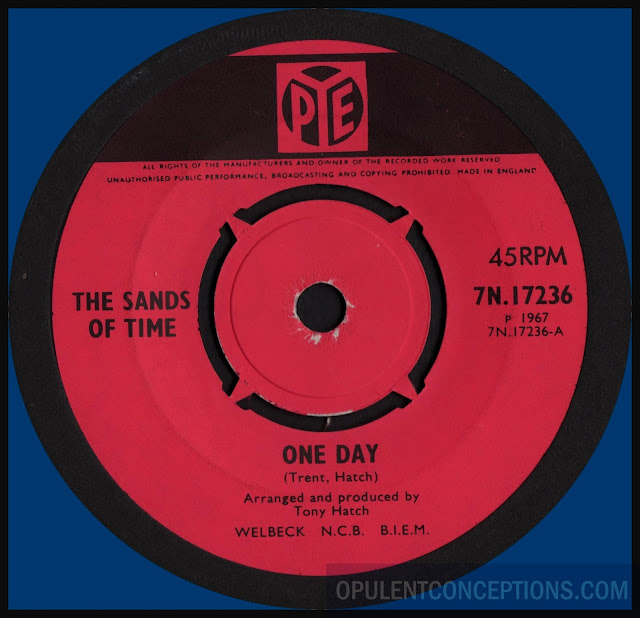 "One Day" was written by the Jackie Trent / Tony Hatch partnership, they were married in 1966.
The song has an easy listening sound, hardly progressive for late '66 early '67 but the vocal harmonies are pleasant enough. An overall Beach Boys vibration soaks through the disc.

The flip is a version of the Cole Porter tune and is not my scene. 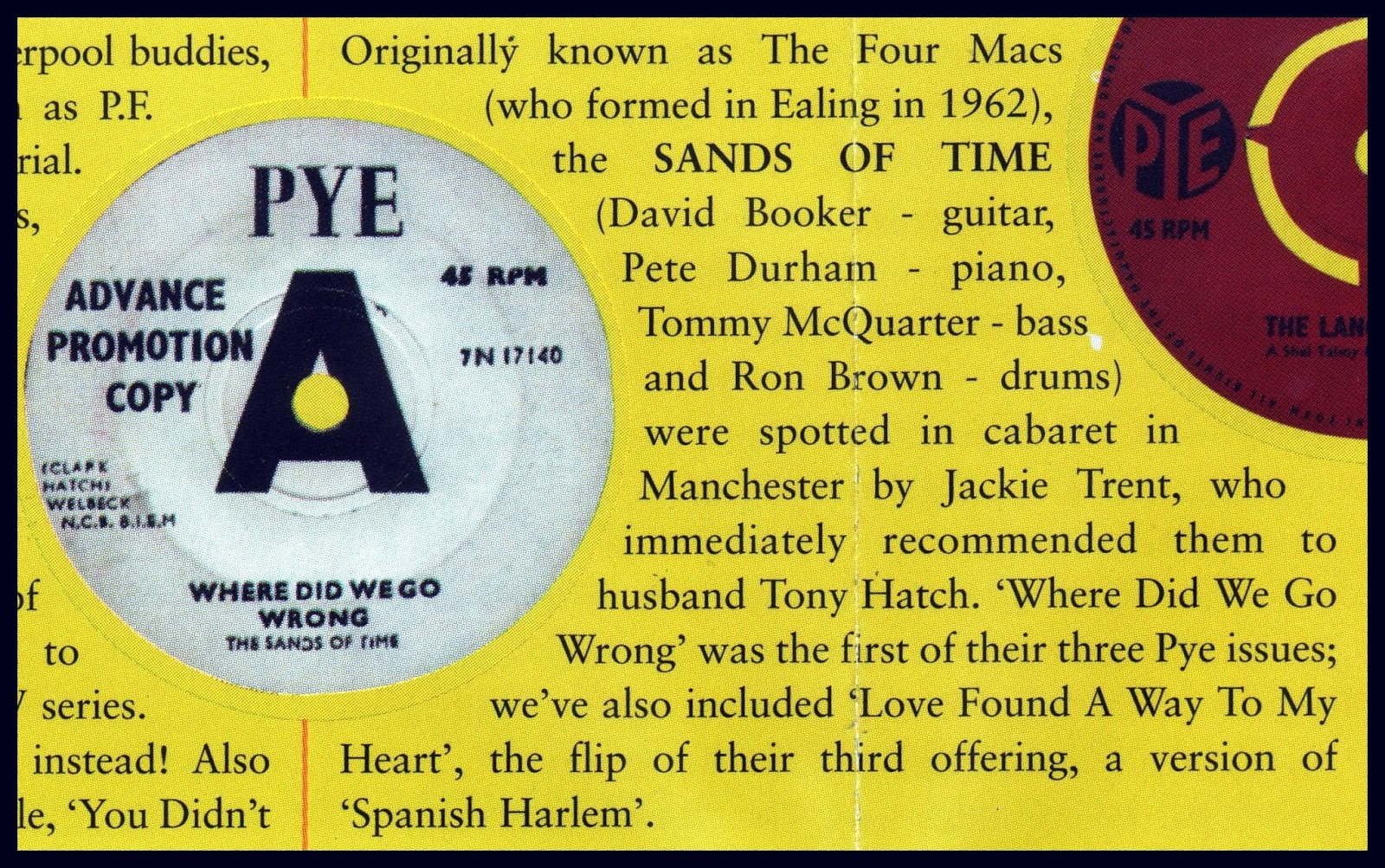