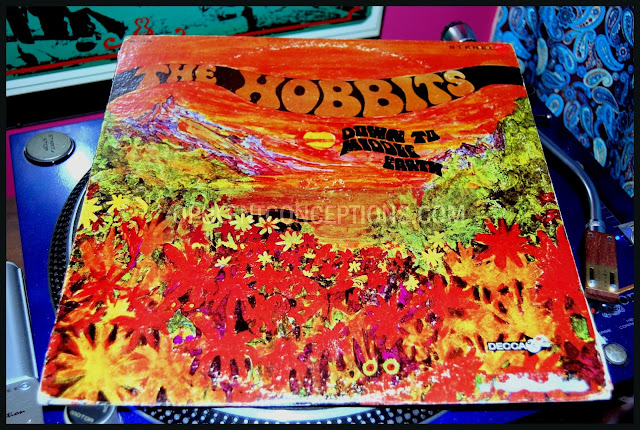 The Hobbits were a studio outfit led by Jimmy Curtiss. I wrote about his solo single "Psychedelic Situation" maybe ten years ago. Anyway, I've had all of The Hobbits records for quite some time but have never seemed to get around spending that much time with them, until this weekend.

"Down To Middle Earth" is a strong pop album with some psychedelic touches in the production, use of sitar on the title track and some subtle fuzz guitar. I won't go into the album in any detail mainly because I prefer to focus my attention on a song that was never given single status, either A or B-Side.

Check out the bubblegum pop raver "Treats" hidden away as the last track on Side 2. Man, this should have been a single, it could have caught on and been a hit with it's catchy beat and lyrics about mind 'treats' and New York Village cats reading their poetry and complaining all the time.

It doesn't take long to work out that the 'treats' are some kind of psychedelic stimulent. 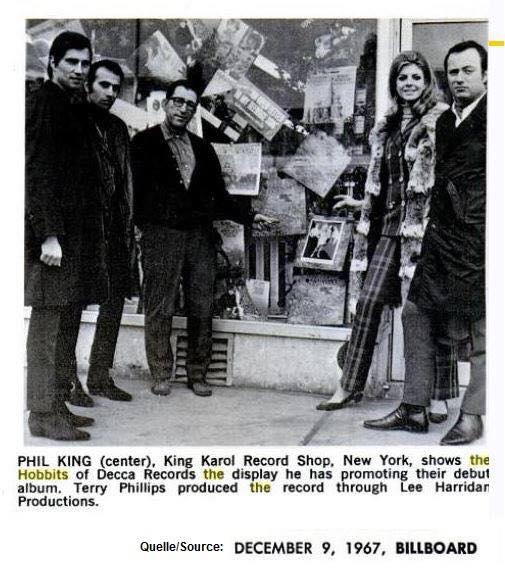 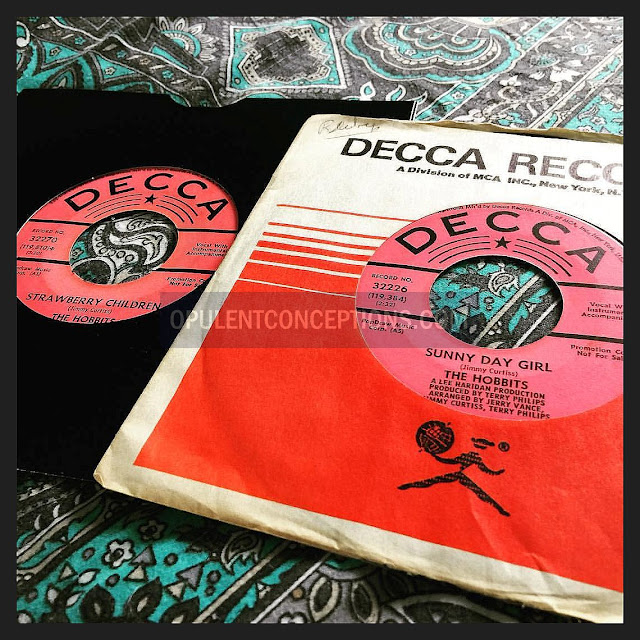 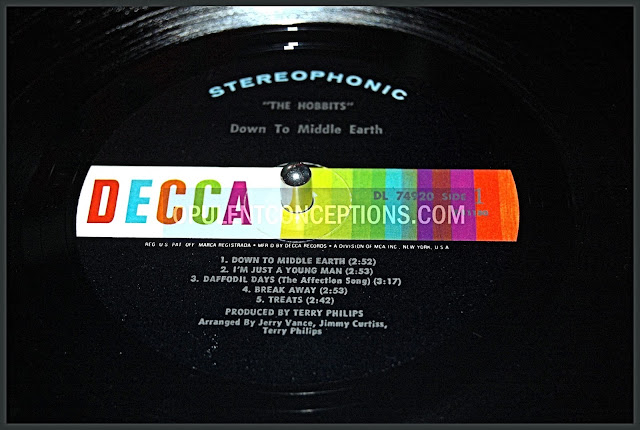