THE GAMBLERS - FIND OUT WHAT'S HAPPENING 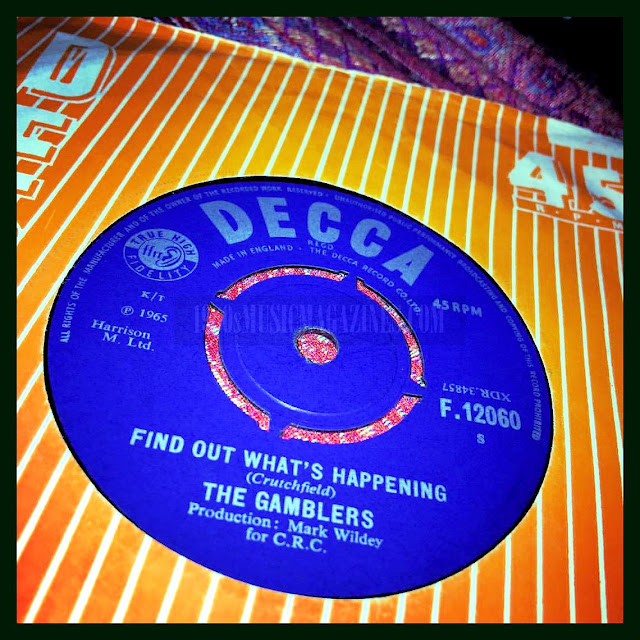 I acquired this obscure R&B disc by The Gamblers last week. They hailed from Newcastle in the North East of England, my neck of the woods by the way, and are perhaps better known as Billy Fury's backing group. However, they also recorded some singles in their own right, like this one.

"Find Out What's Happening" was originally released by The Spidells in September 1964. Then The Downliners Sect had a crack with it in November 1964.

The Gamblers version is a B-Side from January 1965 and is solid R&B with compact organ, sounds heavily influenced by fellow Geordie group The Animals. They should have really come up with a much more fierce lead guitar break to elevate it higher but sadly the break is tame.
The other side is a soul beat mover with brass and also worth hearing.