THE FORUM QUORUM - GIRL MAKE UP YOUR MIND 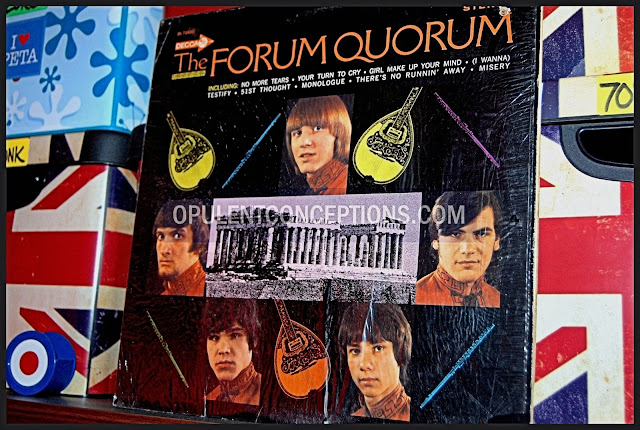 The truth about The Forum Quorum is stranger than all the gimmicky stories yet to be dreamed up by unborn generations of rock group promoters. So, in introducing the group's first album, let's forget all the adjectives and stick to straight, simple information.

Take five boys of mixed Greek and Italian background, all living within walking distance of each other in Astoria, New York City. Give them musical backgrounds and a desire to be top professionals in rock 'n' roll. Add an electrified bouzouki, the Greek classical guitar, plus an amplified flute for the shepherd's sound, over a driving rock beat.

Drop in a father young enough to know rock, and talented enough to be the chairman of a music department in a New York Junior High School. Mix with an advertising man who grew up in the music business. That's The Forum Quorum. 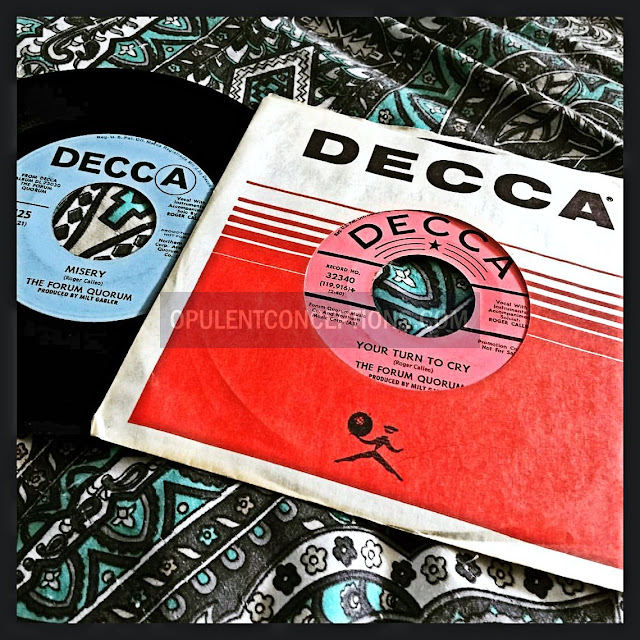 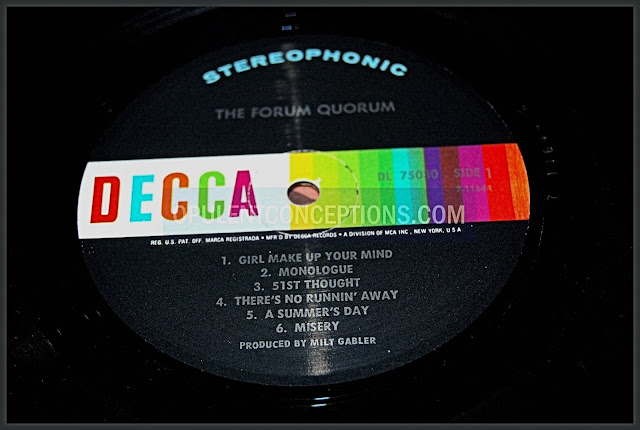