THE BALLOON FARM - HURRY UP SUNDOWN 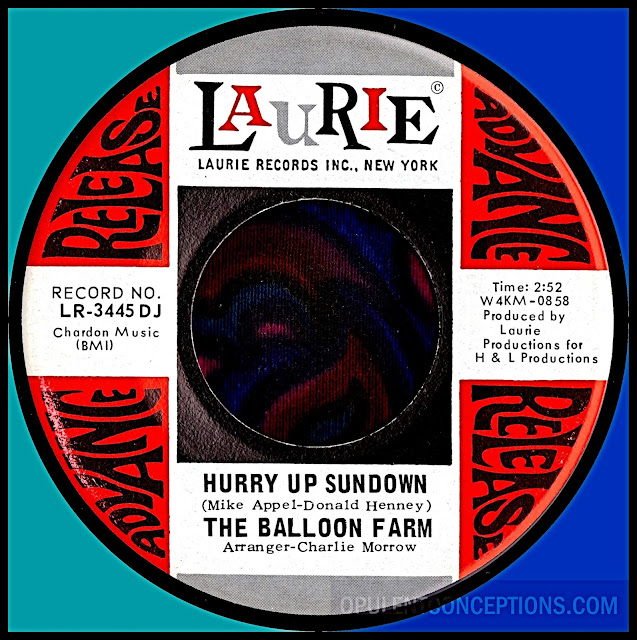 This obscure NYC group are better known for their 1967 hit record "A Question Of Temperature" which has been compiled numerous times. For those thinking that their follow up "Farmer Brown" would have the same fuzztone appeal will be in for a shock because it sounds like a different outfit.

"Farmer Brown" is now very dated and is best described as a novelty number. After a few listens it's not worth going back to however, the flip "Hurry Up Sundown" is a grower and deserves repeated plays.

After this release The Balloon Farm (or at least Mike Appel and Don Henny) reconvened on the Kapp label as The Huck Finn releasing the single "We'll Catch The Sun" / "Two Of A Kind."