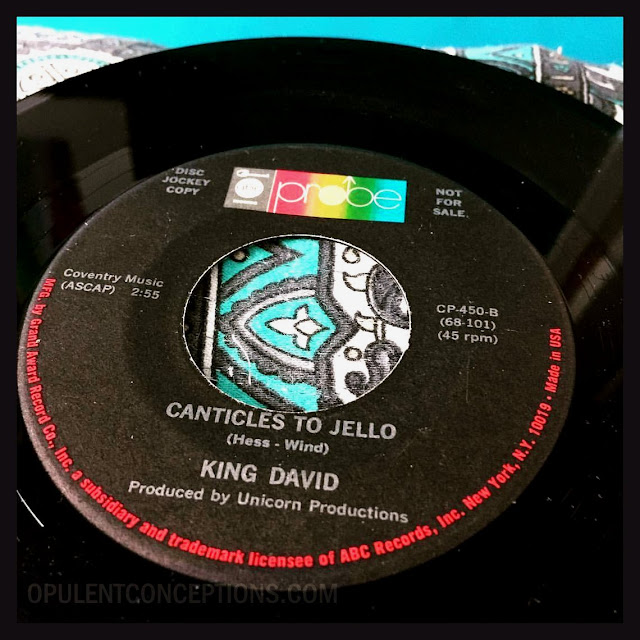 Here's another record I've had for well over ten years that has always been on my mind to research and it hasn't been until today that I've been driven to do so after recently finding a trade advert online.
King David recorded this one off single on Probe in 1968. The lead side "Molly Barr" is not really my scene but others may enjoy it. For more interesting for my tastes is the baroque rock flip "Canticles To Jello"

I have no idea what King David aka David Hess is singing about, the lyrics are completely bizarre. For instance, check this line out:

"The golden goose has laid her egg inside my unsuspecting jello
From my hammock in the sky
I sing in canticles to jello."

The single was reviewed in Billboard 02/11/68, I suspect the side under spotlight is "Molly Barr"
An advert also appeared promoting it's release.

"An impressive debut with King David, powerful rhythm material and vocal work combine to make this a Hot 100 winner." 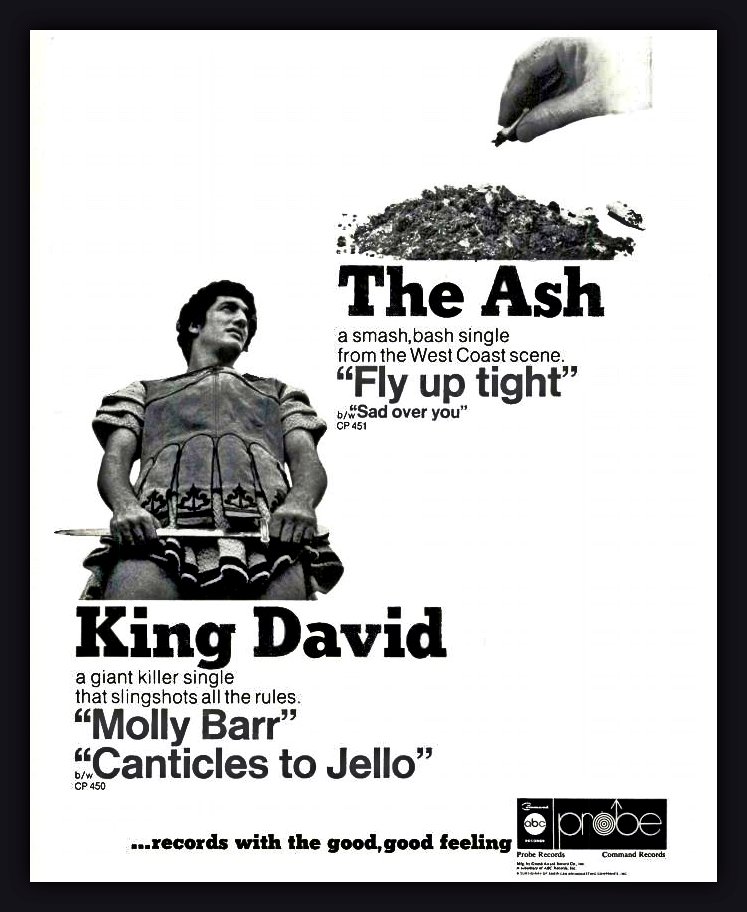 Over a decade ago Diggler Records released a limited edition CD of 500 copies rounding up rare and unreleased songs by David Hess. The CD contains both sides of this disc but not a one-off single on Epic he recorded with long time writing partner Jeremy Wind. So completists will need to track down the 45 "The Closer She Gets" / "Mrs Perkins' Flowers" (Epic 5-10311) released March 1968.

According to an online source David Hess died of a heart attack at age 75 on October 7, 2011. 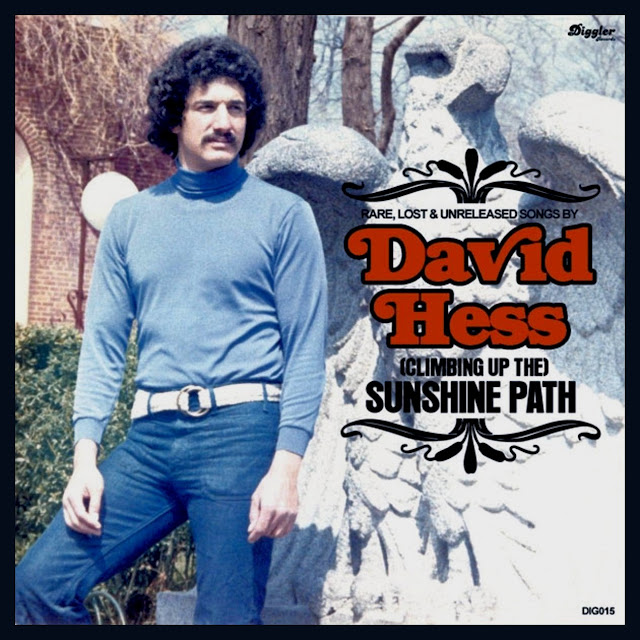