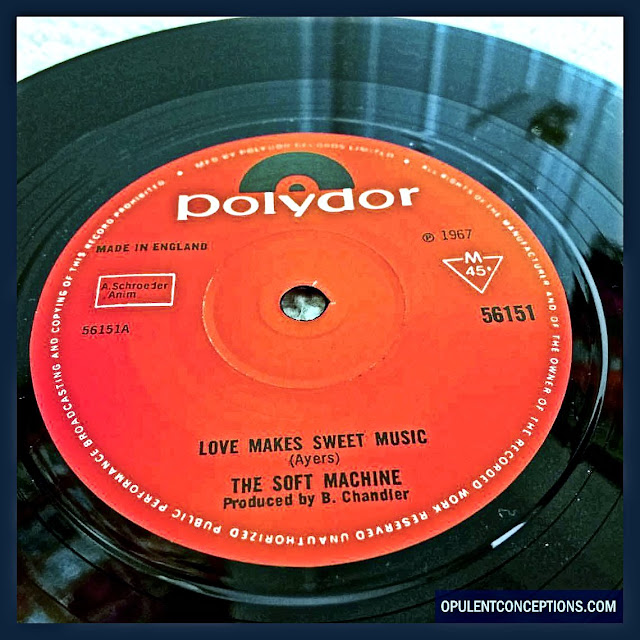 Paul & Barry Ryan reviewed a selection of new single releases in Record Mirror published 11th March, 1967. Here's what they had to say about The Soft Machine. Presumably they were listening to both sides of the disc.

Barry: No, much too much bass. I would have thought this was someone like the Association. Oh yes, it's all very hip.
Paul: Hear those lyrics? Everybody's trying to do a John Lennon and a "Strawberry Fields" with hippie hippie words that don't mean a thing.
Barry: It sounds like an Andy Warhol painting!
Paul: Yes, very psychedelic. About as psychedelic as my little finger! 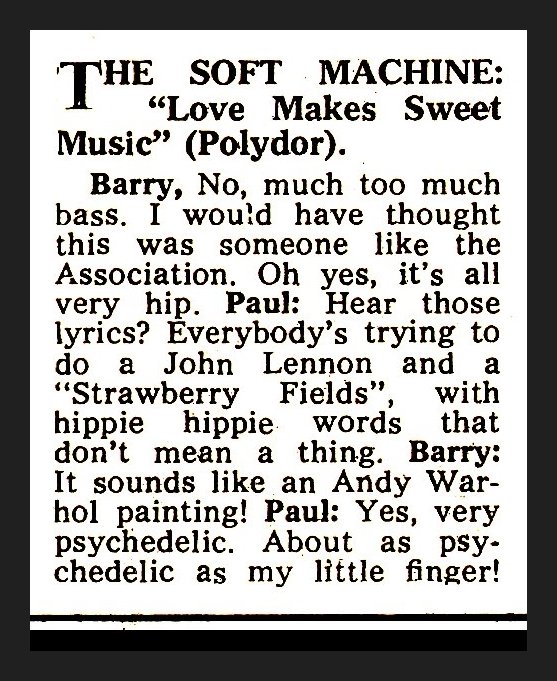