THE SMOKE - MY FRIEND JACK 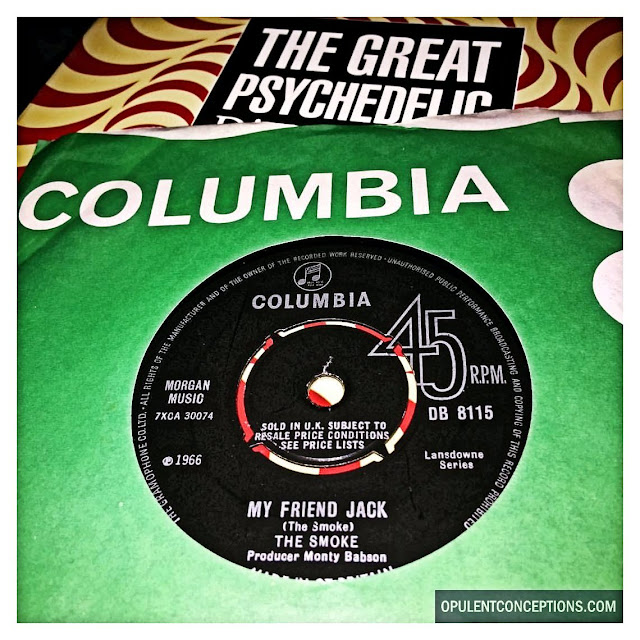 With a record called "My Friend Jack Eats Sugar Lumps," the Smoke could have expected some sort of kerfuffle. But the stern rebuke from the "News Of The World" was only the iceberg tip of what went on behind the scenes.

It cost EMI £750 and two months to re-record and change the lyrics four times before their doubts about it's suitability were assauged. The BBC was reported to have suffered qualms when Simon Dee played it.

Quite a rumpus for four young lads from Yorkshire to kick up in their first few months in London.
"But we didn't set out to be deliberately controversial, although I suppose the meaning must be obvious to even someone who's only seen LSD on his cheque book," said Michael Rowley, 20 years old and the lead guitarist.

"In fact we only came to write the song by accident. It was a sticky time for us, nothing we wrote seemed to go right. To try to cheer the others up I began to sing this stupid phrase "My Friend Jack Eats Sugar Lumps." After a while nobody could forget this line and so we began building a song around it. 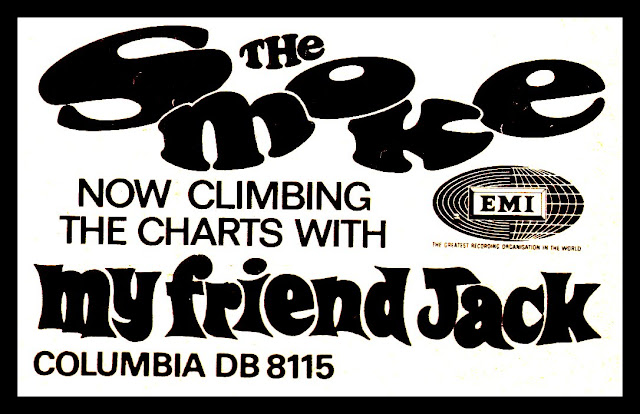