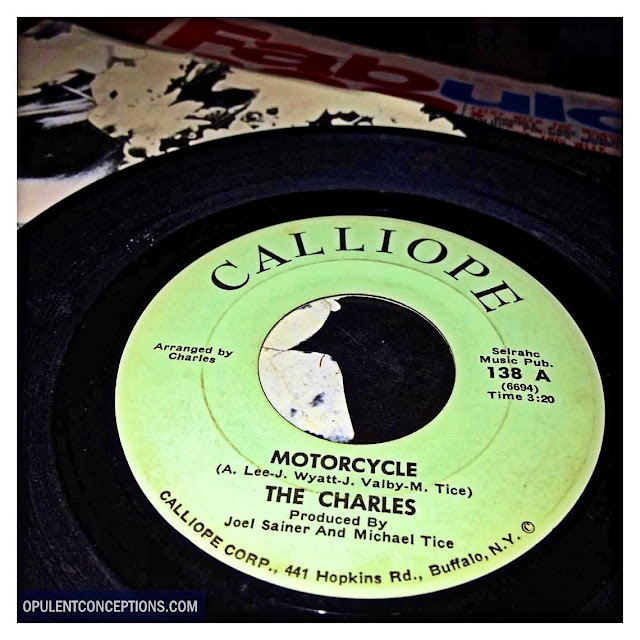 According to 'Teenbeat Mayhem', The Charles hailed from Williamsville, NY. There are a few YT uploads and some other information on the internet advising that the record was released in 1966. This is wrong. The recordings took place sometime in 1969.

"Motorcycle" is a tough rocker with heavy organ, decent guitar leads, harmonies and what I like best "handclaps." The song portrays a biker gang, one of them murders someone, then they take off on their bikes.

The flip, "Down By The Riverside" is a very different sound altogether, reminding me very much of The Lovin' Spoonful. Both sides are decent and it's a record to look out for. "Motorcycle" has been compiled on "Scum Of The Earth"