THE BUFFALO SPRINFIELD - FOR WHAT IT'S WORTH (Stop, Hey What's That Sound) 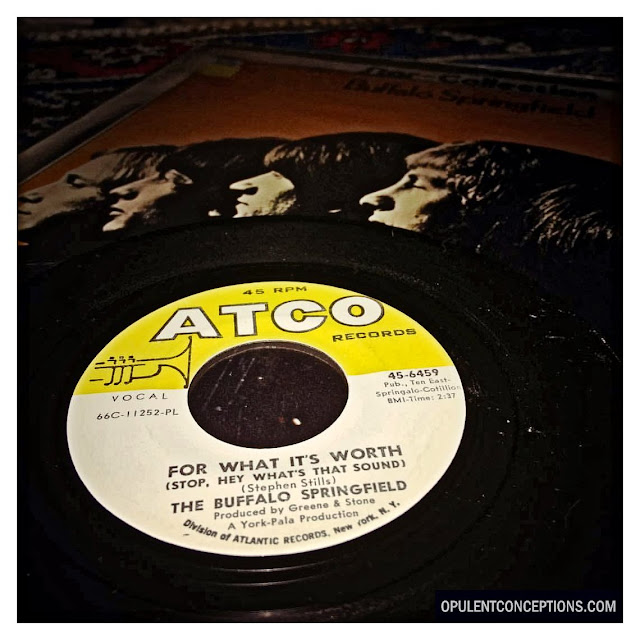 This Buffalo Springfield single was released in USA during late December, 1966. However, it wasn't given a British outing until March, 1967. Here's what Disc & Music Echo reviewer Penny Valentine had to say about the record.

One of the new American groups we should all, according to them that know, be taking notice of. If this record is anything to go by it may be advice well taken. A piece of expert understatement about the state of life. They have a careful professionalism that shines through the record and there's some nice high guitar sound.
Strangely, and perhaps because it is so well made, I don't see these sort of records making it here, though I hope I'm wrong. 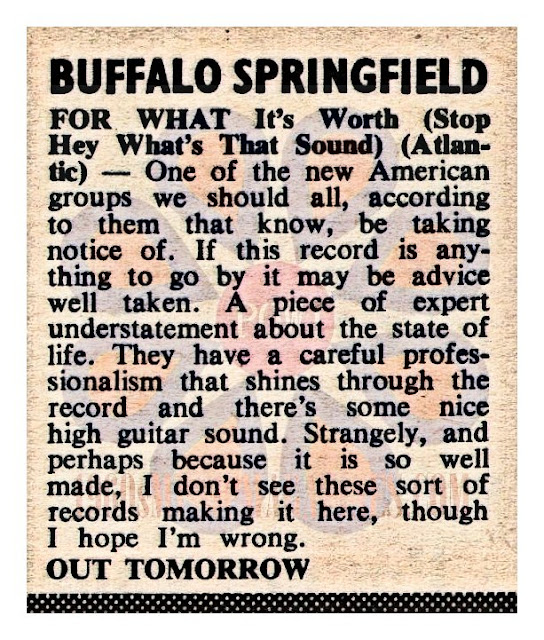