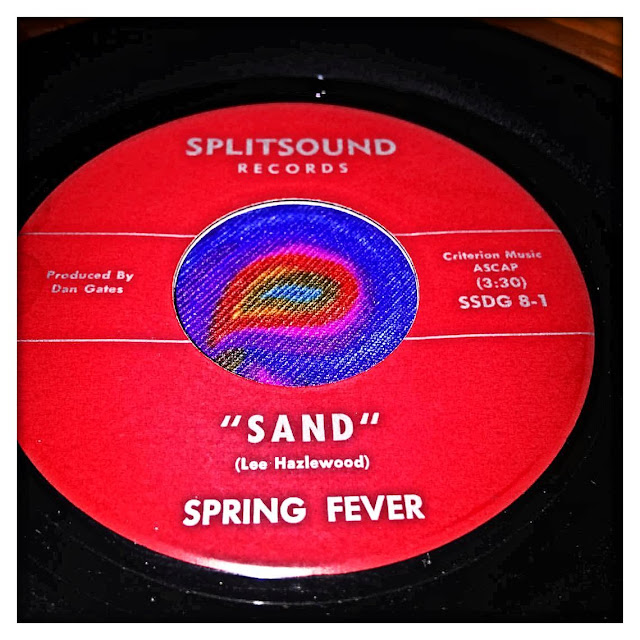 The band was really starting to disintegrate by the spring of ‘68. Lead guitarist, Dale Smith aka Packy Pecker, hated me. Even bassist Rick Cota Robles aka CR, who was usually pretty good-natured and tended to be the mediator between me and Smith, was giving me a bad time. They were challenging what they saw as my unfair control of the band.

In the early days, they never cared about any of that stuff. There were no ‘leaders’ or ‘followers’ – just ‘us.’ Now that we saw the band might be going somewhere, everybody wanted to hold the steering wheel. There were endless arguments about every piece of band business: what songs to play, what songs to record, what jobs to take -- even about who would sing lead on which song. It became bitter. Smith saw the band as consisting of two factions -- and he called the bad one "Freiser's people.". Patti would soon unknowingly enter this war zone and become one of "Freiser's people." Keith Craig had, by this time, replaced Rick Lust. Rick had moved on to join the Air Force. He’s now a senior American Airlines jumbo jet captain. Keith Craig was kind of a laid back guy, known as the Grinch because of his look. He was an excellent keyboard player who owned a Farfisa, and played Light My Fire exactly like the Doors.

Dan came to me one day and told me he had seen a young girl singer who was amazing. She was singing at the time for a band of very young brothers whose construction worker father had spent about $10,000 to buy musical equipment that the kids couldn't even play. She'd be easy to steal away. We ought to listen to her, he recommended. I dismissed his suggestion out of hand -- "we don't need a girl singer; that's not our sound." Dan persisted, and one day a 16-year old Patti McCarron and her father came my place to audition. When she started singing, it was all over! She joined the Grodes and became our featured singer.

Her first job with us was at a battle of the bands which included the biggest bands in Tucson: Dearly Beloved, The Grodes, Lewallen Brothers. We hadn't had time to work out a full set with Patti -- and in fact we wanted to do just a couple of songs to see the crowd reaction. Just before we went on, she told me she was nervous. When she got up on stage, she was anything but nervous. When we unveiled our secret weapon singing Stop In The Name of Love and To Sir With Love, it changed our band -- and the Tucson music scene -- for good. Patti Grode, as local DJ's called her, became the darling of Tucson with the release of Sand. One DJ on KIKX, Dino Day, totally smitten with her, started an Ode to Patti Grode contest.

He always said on the air that he wanted to meet and interview her, so we brought her to the station against her will -- and just a little drunk -- late one night after a job. Dino gushed -- Patti owned Tucson. ----- In spring of ’68, I had written two prophetic songs: On To L.A. and Chandelier (my friend, Paul Malanga, co-wrote Chandelier). When I played them to the person who inspired them. Patti said "you're so good. You should do music. We should go to L.A." We started daydreaming constantly about going to L.A. -----

In early summer, 1968, the band changed its name to Spring Fever. It felt necessary because the band with Patti in it was really a different group. We recorded Sand at Copper State. I was surprised we got such a good sound out the newly improved studio. It was eerie how much the lyrics of Sand reflected what Patti and I were experiencing at the time. Sand came out, went Top 10, and yet it all seemed way beside the point. On top of all the personal politics, a major difference in philosophy brought the Grodes to an end.