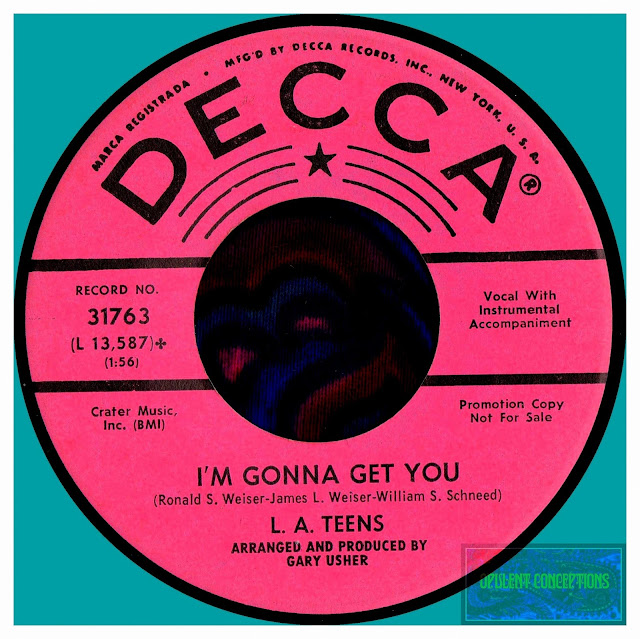 The L.A. Teens only released two singles, this one under review being their first from May 1965. My previous blog entry when their second 45 "Saturday's Child" was reviewed has been updated go here

"I'm Gonna Get You" is a hard edged beat mover with some wild pounding and eerie organ. The other side is a lot more tamer and was probably the chosen side to play on the radio. "I'll Come Running Back" falls into the British Invasion bag and is reminiscent of The Searchers. It's commercial sounding uptempo jangle beat.

I'd love to know more about The L.A. Teens but information is scant and as far as I'm aware no group pix have ever surfaced on the internet. Three / all of the group members were possibly Ronald Weiser, James Weiser and William Schneed. 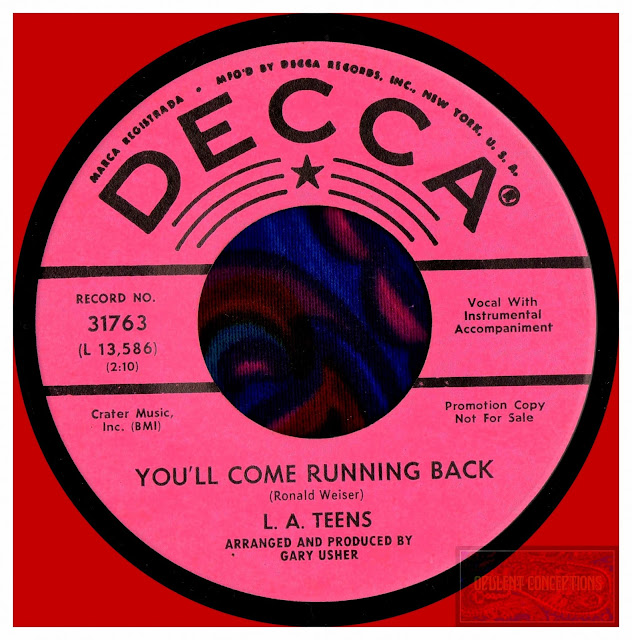