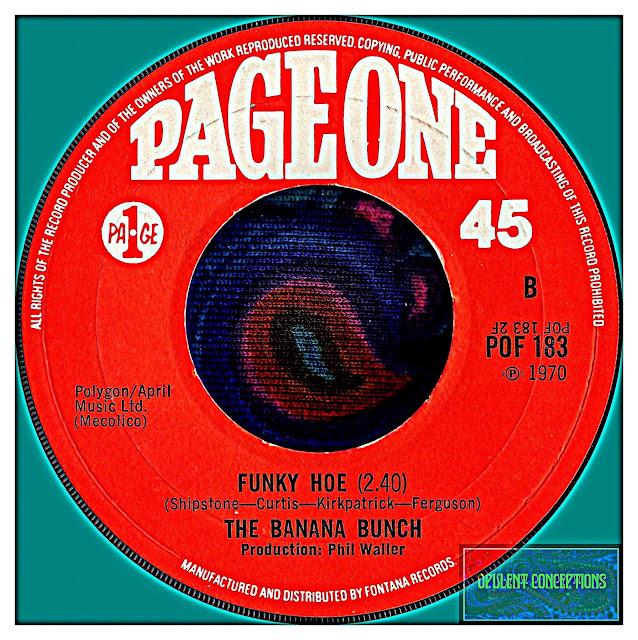 Hidden away on the B-Side of this cash-in Banana Splits theme tune single is a happenin' hammond organ groover that will most definitely interest some psych collectors. "Funky Hoe" sounds like a group given freedom to do whatever they want in the studio and they came up with a bluesy proto-prog instro like the kind used in film sequences during late 60s party scenes.

Digging deeper it appears that The Banana Bunch were infact psychedelic outfit The Nite People who had previously recorded for Fontana and also released records under the latter name on Page One. Why the moniker change for their final single is unknown to me.

Their producer Phil Waller also worked with The Troggs and Plastic Penny.