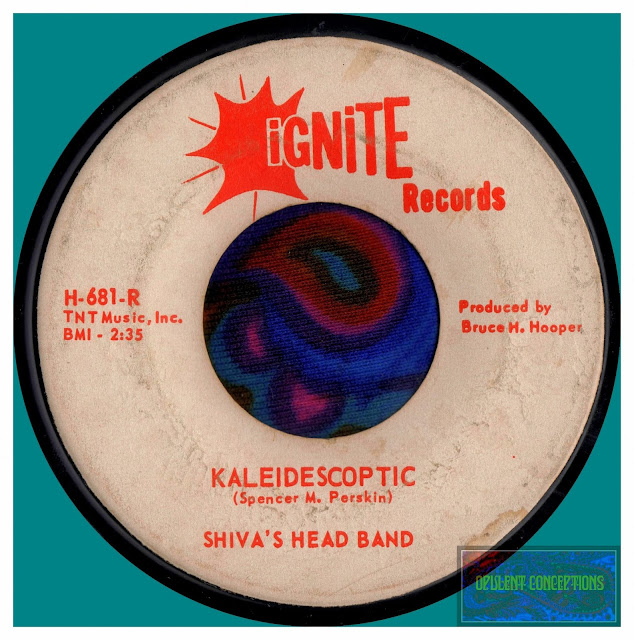 Austin, Texas was the home of cosmic hippie group Shiva's Head Band. They were the house band for a while for the famous Vulcan Gas Company and were in high demand, earning large amounts of money for gigs.

Shiva's Head Band secured a deal with Capitol Records and eventually released a 1969 album titled "Take Me To The Mountains." I've never heard the latter but I've read that it's a mixture of roots rock, country and psychedelia. For the time being I'll just stick with their first single on Ignite Records.

I understand that the first recording of "Kaleidescoptic" was unsatisfactory so they re-recorded the song again at Pecan Street Studios under the supervision of producer Bruce Hooper, with a Summer of 1968 release. The song is a perfect blend of counter-culture sounds, loping rhythms, electric violin and an hallucinatory groove. 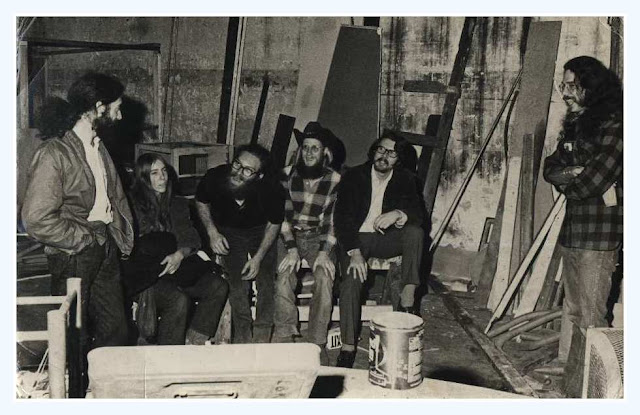