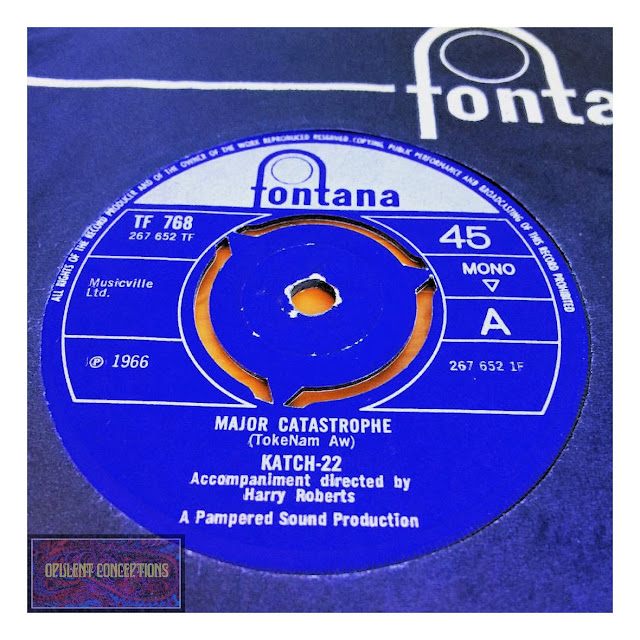 This sought after freakbeat single by Katch 22 doesn't come up for sale very often so I was pleased to capture a copy a few months ago on eBay for a decent price too.

Katch 22 released five singles on Fontana between 1966 and 1969, all of which flopped. But despite no commercial success they were still able to record a studio album. I don't have a copy of the album but I've read elsewhere that it's a soft rock affair and not like this tormented piece of beat.

"Major Catastrophe" is an overload of fuzz guitar and brass flourishes. It doesn't sound to me like this would have had any chance of making the Charts in 1966, it's far too way-out. But for me it's the most exciting thing the group created.

Both sides were recorded at Olympic Sound Studios in London during two sessions. (20/09/66 and 03/10/66). Accompaniment by Harry Roberts. Now I suspect this is the same person who wrote and produced The Spectrum who released records on RCA Victor.