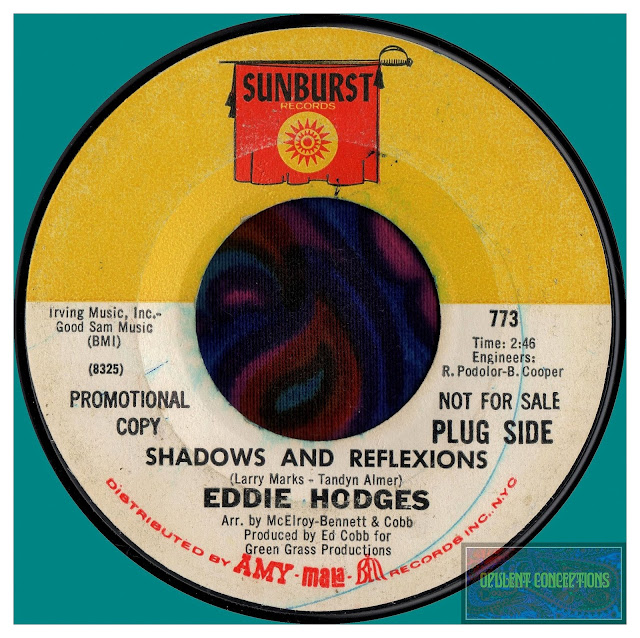 This is the second time out for Eddie Hodges on my blog, this time it's his version of "Shadows And Reflexions" which was also recorded by The Lownly Crowde, The Action and The Byzantine Empire.

The song was co-written by his friend Tandym Almer who's famous for being the author of "Along Comes Mary", the big hit for The Association. I first became aware of his song "Shadows And Reflections" (without the "X") via English mod group The Action. I must admit being a little surprised when I heard that it had also been recorded by early 1960s teenage pop star Eddie Hodges.

This particular take has that typical late 1967 American baroque pop feel and is superbly produced by the team responsible for much of The Chocolate Watch Band output, including Ed Cobb and Richard Podolor.