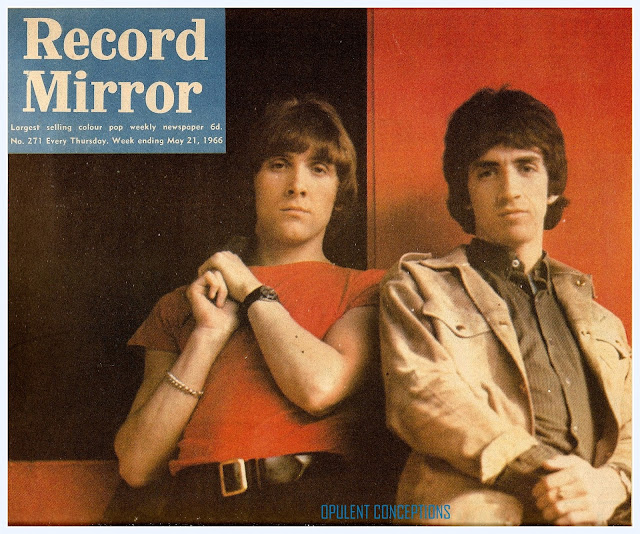 'Sorrow'  was discovered on the 'B' side of The McCoys 'Fever' by a guy called Ray, who worked for Kit and Chris. He said we had to listen to it 'cause there was something about it that he thought could be turned into a great record. It was a very Neil Young type of vocal and too country and western sounding. We loved it. So I rearranged the harmonies and decided to add a strange vocal line that was sung after the main line and that was it, we knew we had a winner.

We'd got Jimmy Page, Jack Bruce and Clem Cattini to play on it in a small studio in Denmark Street. We changed it again and then got a bigger band, including John Paul Jones (Jack Bruce couldn't make it to the second session), Jimmy Page, Clem Cattini, Benny Green and many more infamous musicians and did the song live at CBS Studios in New Bond Street, London.
This version remained in the vaults but can be found on the CD "Unearthed Merseybeat"

The Beatles, Frank Sinatra and the Troggs stopped us getting to number one but they were all classic records and we realized that at the time. To this day I still like 'Sorrow' and have never got fed up or bored with it. (Billy Kinsley). For more information about The Merseys go here.