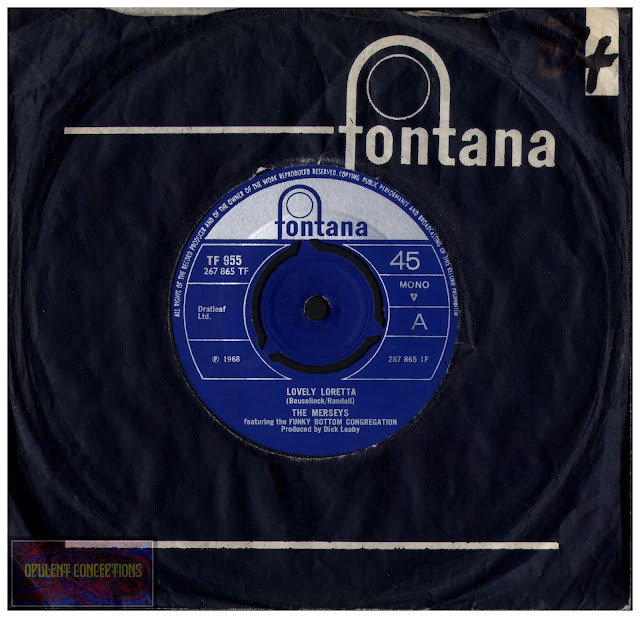 It's been a couple of years since The Merseys appeared in the Chart, but - with sufficient exploitation - this could well restore them. Pounds along at a rip-roaring pace, with tambourine emphasising the beat, and trumpets adding depth to the backing - and there are frequent outbursts of cheering to conjure up a party atmosphere.

Spirited support is provided by the Funky Bottom Congregation - which turns out to be Dave Dee & Co, Julie Felix and several others. An extremely commercial disc. (NME review - July, 1968)

There's a star-studded (Dave Dee, W. Fontana, Beaky, Tich etc) on this, lumped together as the Funky Bottom Congregation - alone worth the price of admission, folks. The song is fair enough, one supposes, though it's not a stand out. But the production is healthy, alive and could restore the two lads to the charts. Happy-go-lucky. Flip: fair enough. (Record Mirror review - July, 1968) 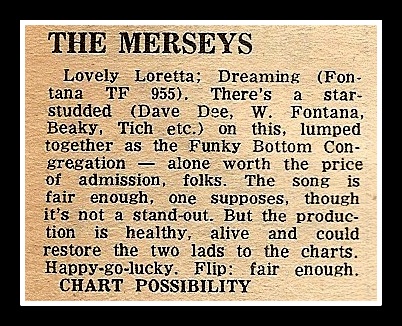 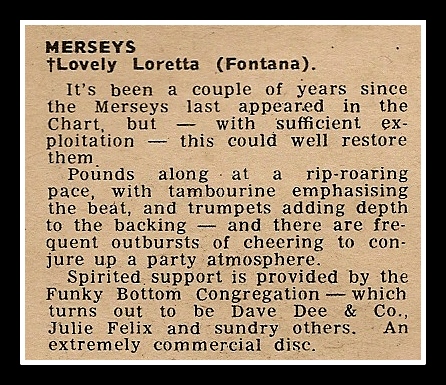