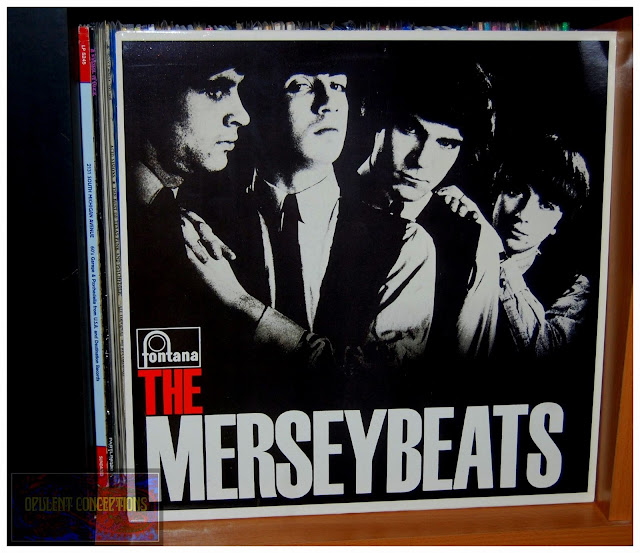 On to The Merseybeats, who turn in a surprisingly versatile performance all the way. Why surprising? Simply because it's easy to get the wrong impression about a group's capabilities purely from singles. On this powerful collection, the boys really ring the changes.

There's a stack of originals. But also things like Richard Tauber's old big-tenor song "My Heart And I", Rodgers And Hammerstein's "Hello, Young Lovers", Irving Berlin's "The Girl That I Marry".

Off we go, "Milkman" is perky, brisk, written by Tony Crane and Johnny Gustafson. A nice opener. But "Young Lovers" really swings, with lead voice galloping a beat laden track. "He Will Break Your Heart" next, followed by "Funny Face" - a new song of that name. A talkie-sort of opening which is quite effective. "Really Mystified", with it's hand-clapping insistence, comes off well at mid tempo. Then comes "The Girl That I Marry", delicately harmonised, utterly different - and compulsively satisfying.

"Fools Like Me" has a country styled approach. Then comes "My Heart And I" - unusual. Sam Cooke's "Bring It On Home To Me" gets a rather inferior treatment mainly because they can't find the true Gospel feeling. "Lavender Blue" gets an efficient Sammy Turner type treatment. "Jumping Jonah" rocks like crazy and "Don't Turn Around", a Lee Stirling number, is a good finale.

Summing up: Colleague Norman Jopling says: I think a little more care could have been taken over some of the slower tracks. Then it could have been a similar level to, say, the Stones or Beatles LP.
And I say: I think it's an excellently varied set. I was knocked out by their efforts to create (a) versatility and (b) originality. (Record Mirror review - June 1964) 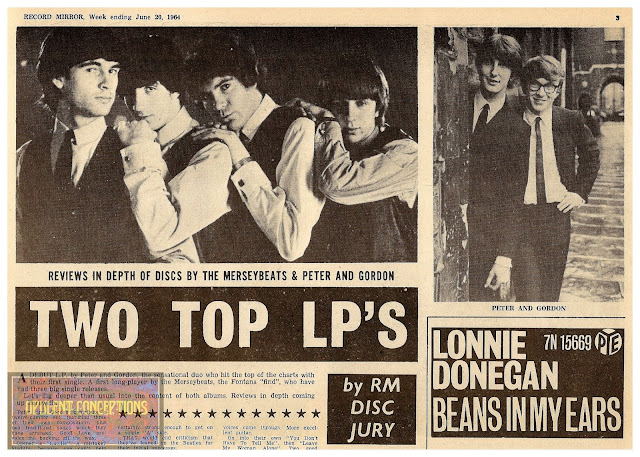 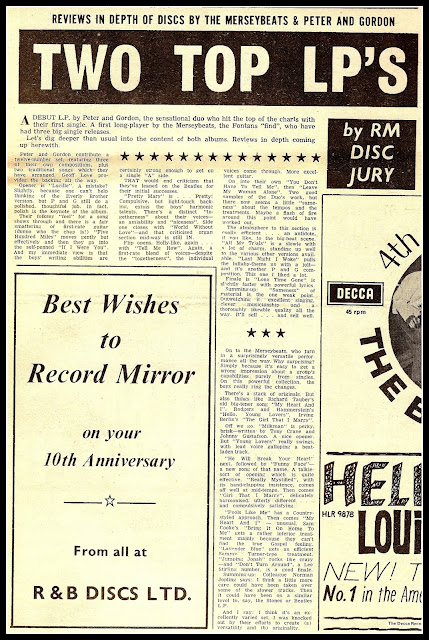 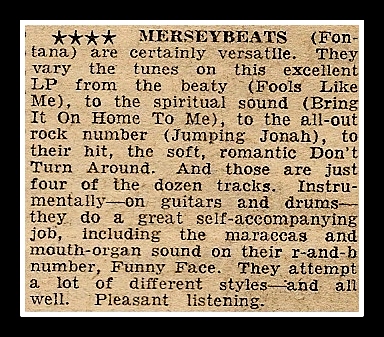 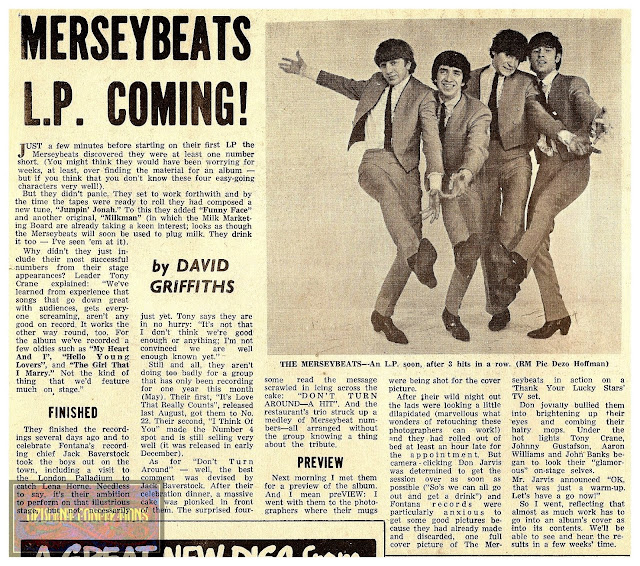