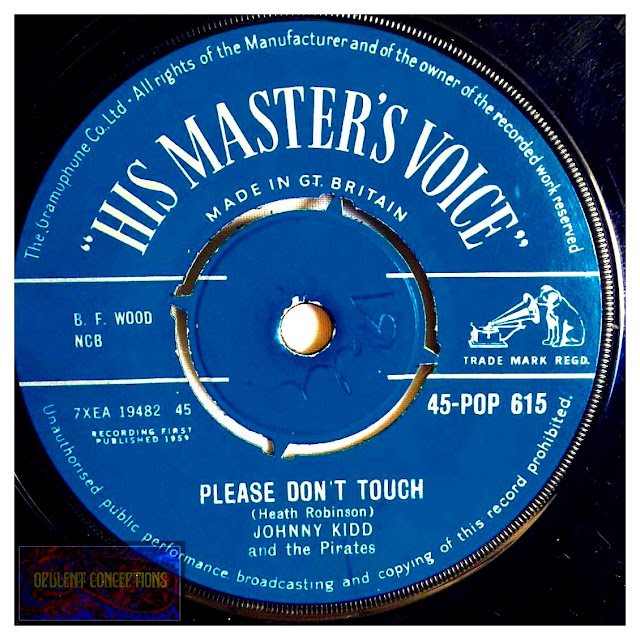 This record is most definitely the earliest in time that I've researched. Released during May 1959, it was the debut disc by the legendary rocker Johnny Kidd and his backing group The Pirates.

"Please Don't Touch" is pure, raw and gutsy rock and roll with a frantic guitar solo, driving drums and bass with authentic and powerful vocals from Johnny Kidd. The latter having recently changed his name from Frederick Heath.

The initial success of the record was based upon a few plays on Radio Luxembourg and a couple of airings on BBC's "Saturday Club" which indeed was a remarkable tribute to the pulling power of both media.

The B-Side "Growl" was no throwaway and was another self-penned rocker. The label credits "Heath Robinson" is in fact Frederick Heath a.k.a. Johnny Kidd and his Manager Guy Robinson, hence Heath Robinson.

Johnny Kidd & the Pirates were on their way with a small hit record that eventually climbed to #25 in the UK Charts. It was a song with lasting appeal, fast forward to early 1981 when Motorhead & Girlschool had a big hit with "Please Don't Touch."
The Stray Cats have also recorded the song as well as many other acts both on record and played live at gigs. 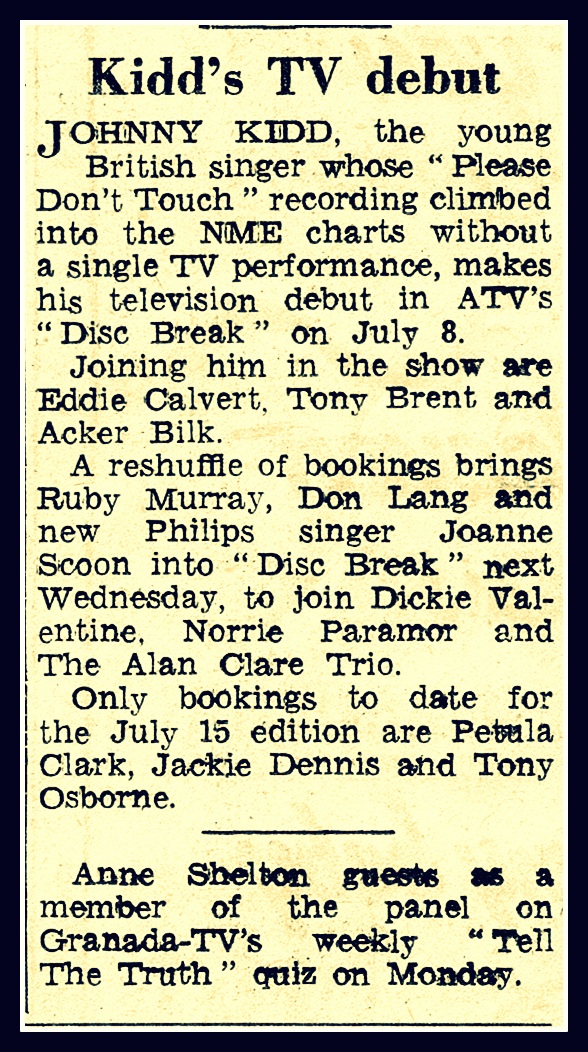 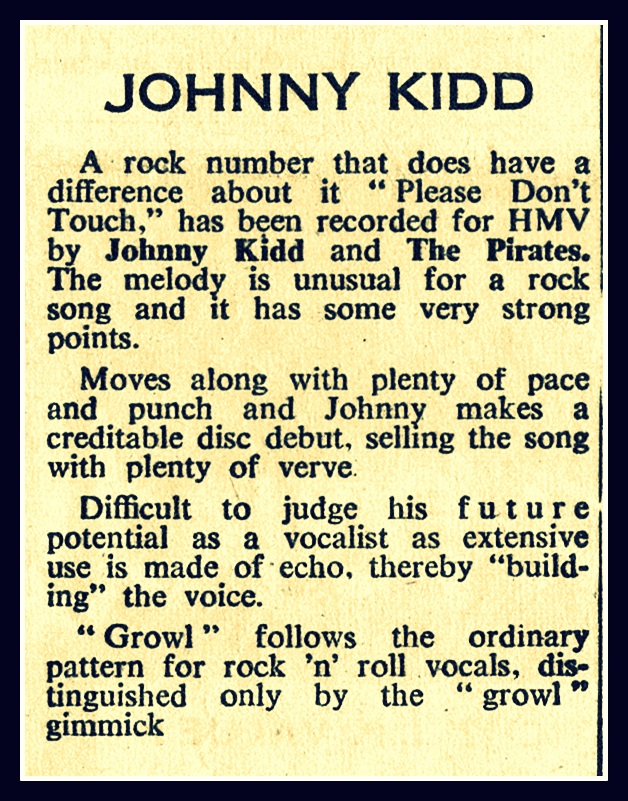 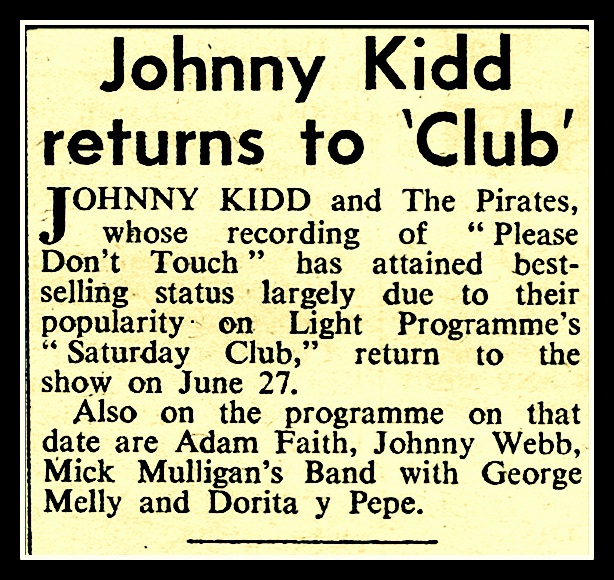