JOHNNY KIDD & THE PIRATES - SHAKIN' ALL OVER 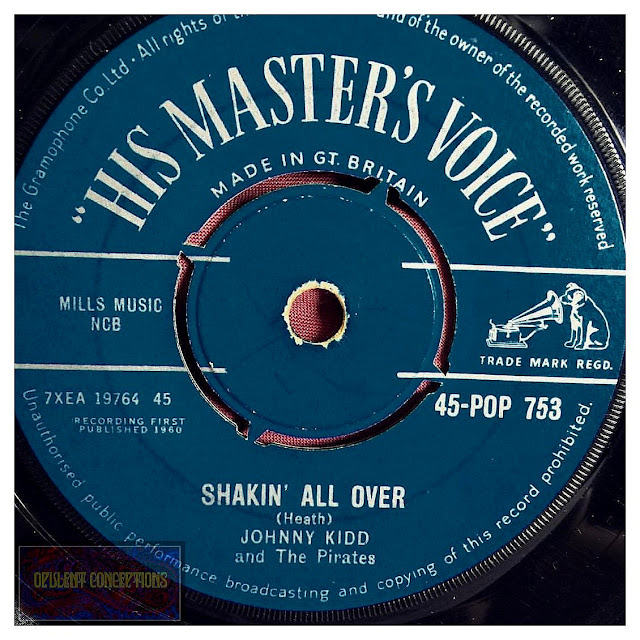 Backed by his own group, The Pirates, Johnny Kidd has waxed "Shakin' All Over", Johnny has the ability to sing in a particularly sinister fashion, with a coldly clinical approach. Which is quite an asset, because it makes a distinguishing feature to pick him out from the other singers.

This individual style also adds to this particular song an extra degree of power, making the casual listener give his full attention. A deliberate song with a steady beat that could do well. The sinister gives way to the enthusiastic on the flipover, a racey version of "Yes Sir, That's My Baby."
Good entertainment. (NME review, 10/06/60)

"After all, I think the secret of the record's success is to be found primarily in the lyric. You see, it's very simply constructed and easily memorised. From this point of view it has a sort of nursery rhyme appeal about it."
"You know, there's quite an amusing story behind the number, and how I came to write it. When I was going around with a bunch of the lads and we happened to see a girl who was a real sizzler, we used to say that she gave us 'quivers down the membranes'. It was a standard saying with us, referring to an attractive girl."

"Well, that phrase stuck with me, because I saw in it a new single on the old familiar shakes routine. I can honestly say that it was this, more than anything, that inspired me to write "Shakin' All Over." (Johnny Kidd, NME 12/08/60) 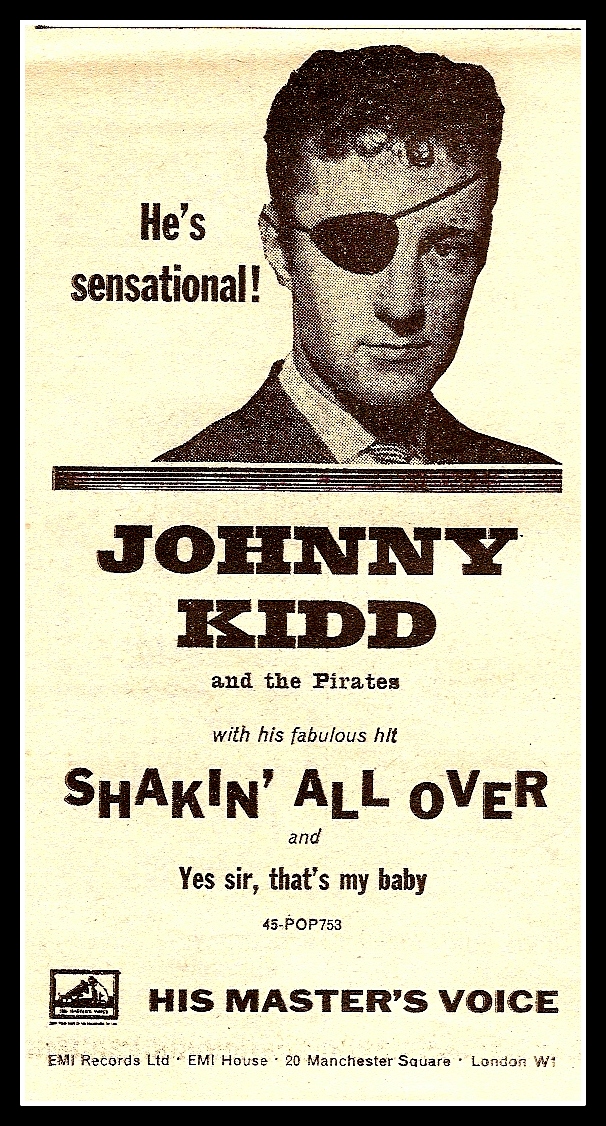 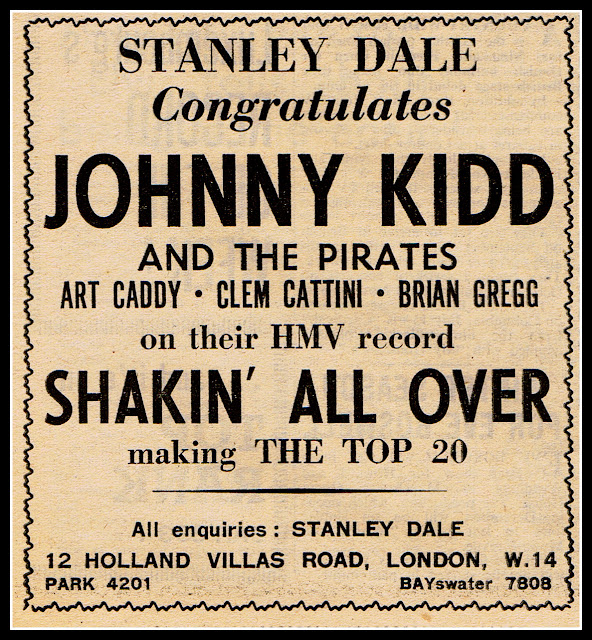 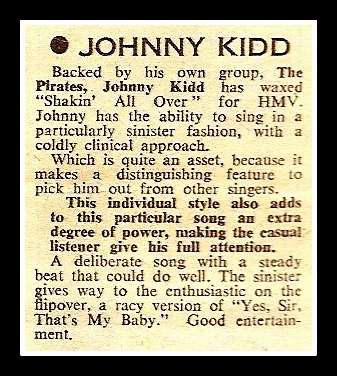