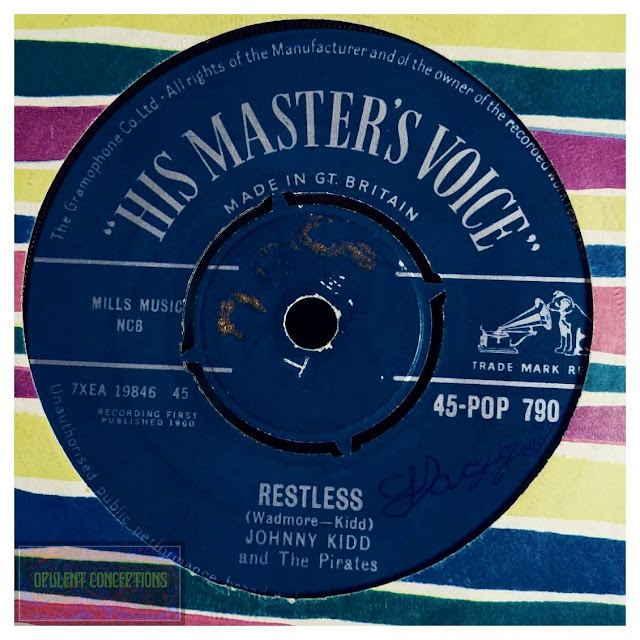 "Restless" was a modest hit by the standards of "Shakin' All Over", reaching a disappointing #21 in the Charts. Once again it showed Johnny Kidd's intensity as a vocalist over a rockin' beat.
Both sides were written by Kidd (co-credit for Watmore on "Restless") and for the first time, they are credited on the record to him as "Kidd" rather than his former surname Heath.

The disappointment of the record Chart wise scuppered his proposed promotional visit to America. Who knows would could have been for Johnny Kidd & the Pirates if that trip had materialised. 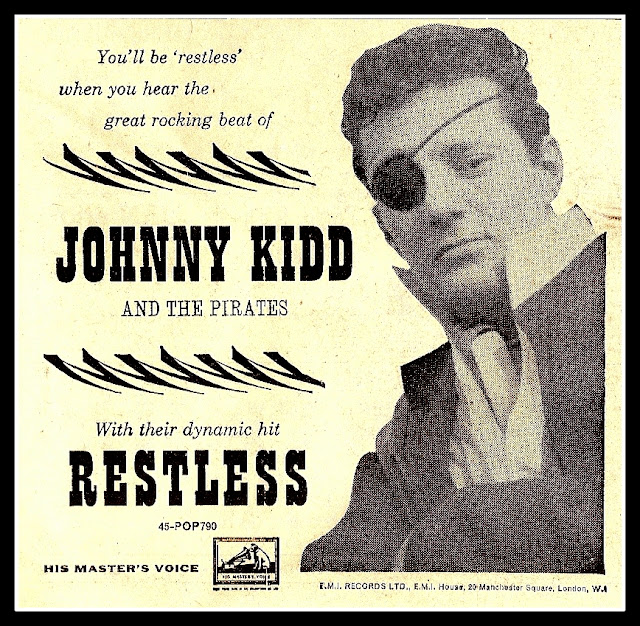 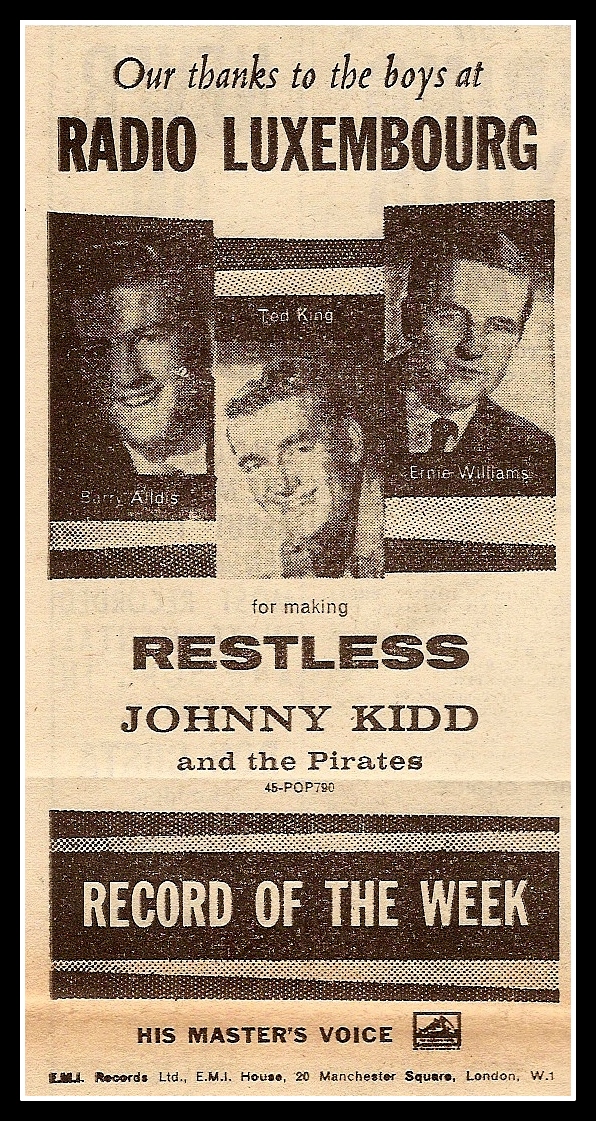