JOHNNY KIDD & THE PIRATES - I'LL NEVER GET OVER YOU 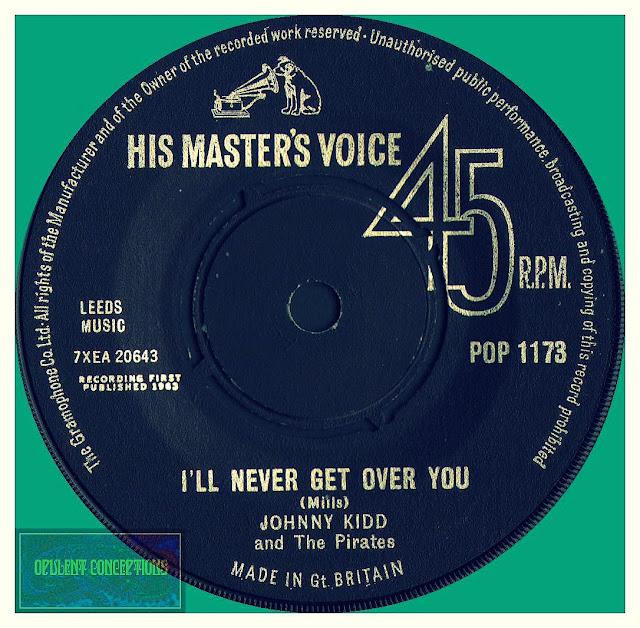 In 1963 the British music scene was more or less taken over by the Liverpool sound in the wake of The Beatles. As the record companies were ignoring the brand of R&B produced by Southern group, feeling it to be too rough to be commercially viable, Johnny Kidd switched to a pure Merseybeat sound for his next two releases. "I'll Never Get Over You" reached #4 in August, 1963.

It's some time since Johnny Kidd & The Pirates made an impression on the Charts, but they've a chance with "I'll Never Get Over You." Johnny is a powerful, impressive singer who makes the most of this very commercial beat number - much of it is sung as a group vocal. "Then I Got Everything" is again a beat number, successful in overall effect if not too imaginative in detail. On the HMV label. (NME review - June, 1963)

From the hitmakers comes a rather powerful with the familiar Kidd sound. It's a many tracked vocal with a fair lyric and tune from the "Shakin' All Over" gent. He's got a good voice, and this one may be a hit for him. Appealing, medium tempo, big beat sound. Again well performed. More of the distinctive guitar sounds on the flip, it's a rather gospelly number with a lot of appeal and it's probably the better side. Turn it over fans. (Record Mirror review - June, 1963) 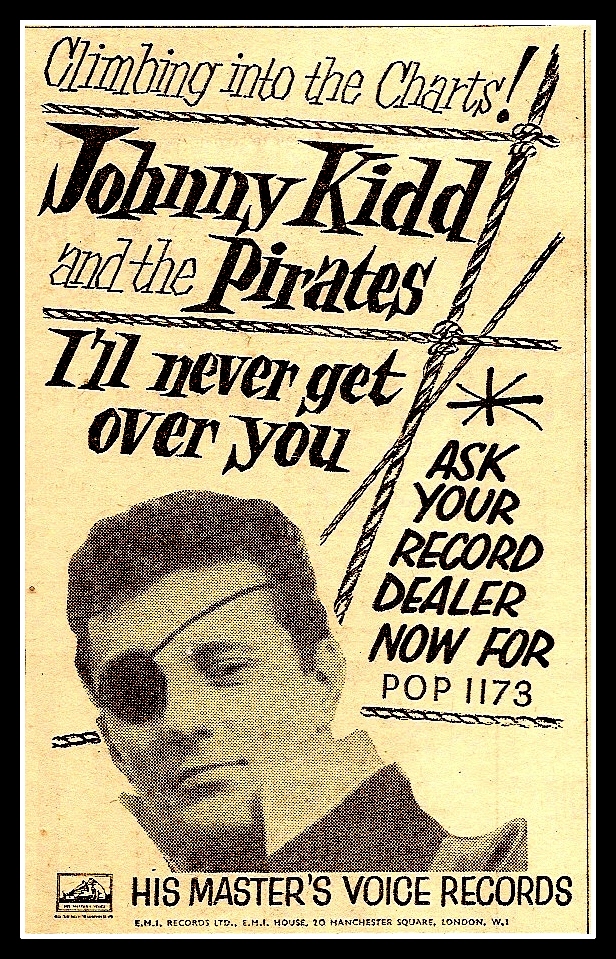 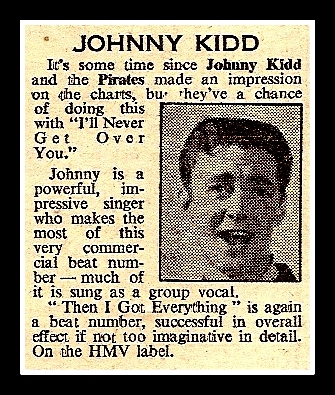