JOHNNY KIDD & THE PIRATES - I CAN TELL 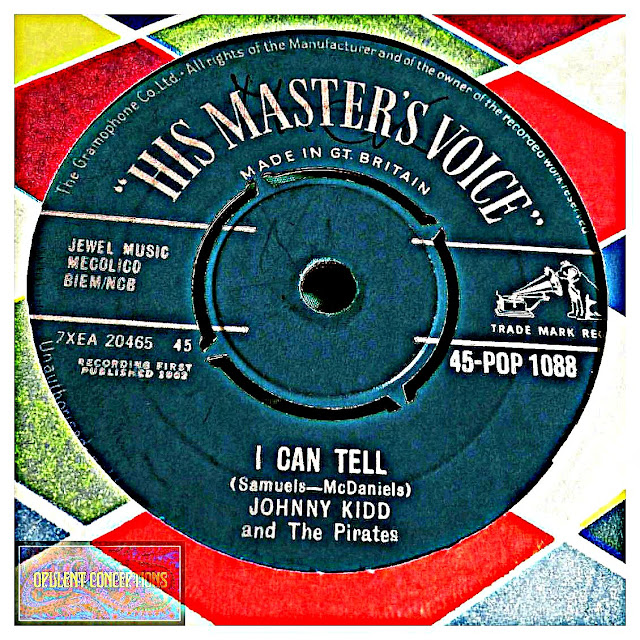 The coupling of Arthur Alexander's "A Shot Of Rhythm And Blues" and Bo Diddley's "I Can Tell" was a classic double A-Side, once described by Spencer Leigh as marking "the transition from British Rock & Roll to Merseybeat."

By the end of 1962, rhythm and blues was becoming popular in Clubs all over the country. Kidd and his new Pirates made a wise move by cutting "A Shot Of Rhythm And Blues" / "I Can Tell". The latter, and my favourite side, is notable for Mick Green's searing guitar solo. Shame that the single scraped up the Charts settling at #48 but it remains an important disc, being one of the earliest true British R&B records to get anywhere in the Charts.