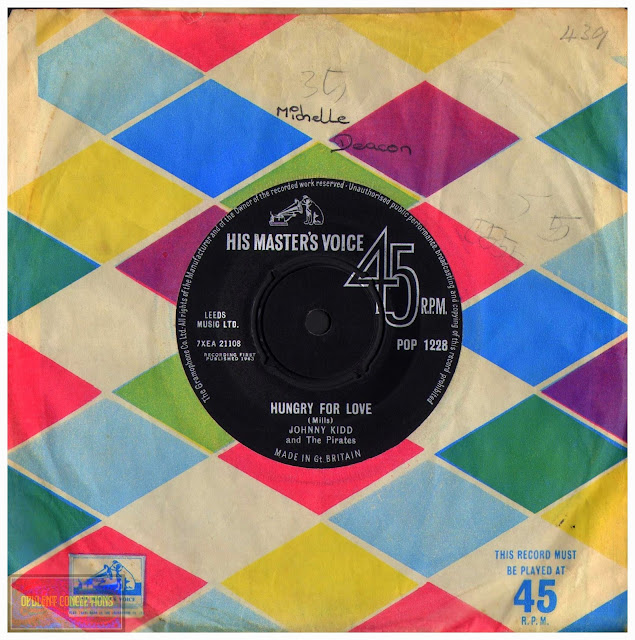 I reckon Johnny Kidd can count on another hit with "Hungry For Love" (HMV). Similar in style and tempo to his "I'll Never Get Over You" smash. It's a pleasing melody with fascinating harmonies and Beatle like vibratos. A good follow up which thoroughly deserves to catch on.

Johnny's treatment of "Ecstasy" inevitably invites with the Ben E. King original. It's an absorbing melody and, with The Pirates giving strong support, Johnny takes a most commendable stab at it. As a B-Side this one rates highly. (NME review - November, 1963)

Following up their surprise success comes this one that WON'T be a surprise success. It'll be a success all right, but we all know this time. A power packed number with loads of the old clanging guitar backing, and some fair old vocal work from Johnny. It has a polished Liverpool type tune and should be a big hit.

Johnny has a go at the recent Ben E. King U.S. Chart noise-maker. It's a good number and Johnny makes a good potent job of it, with some fair old guitar work again. (Record Mirror review - November, 1963)

"Hungry For Love" was also recorded by The Searchers and was part of their album "Sugar And Spice" and was also used the lead song on their January 1964 EP. The song was then revived in 1980 when pop punk group The Revillos covered it and released it as a single. 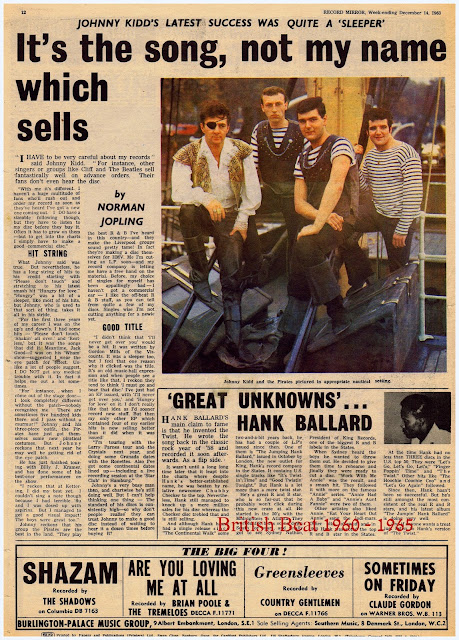 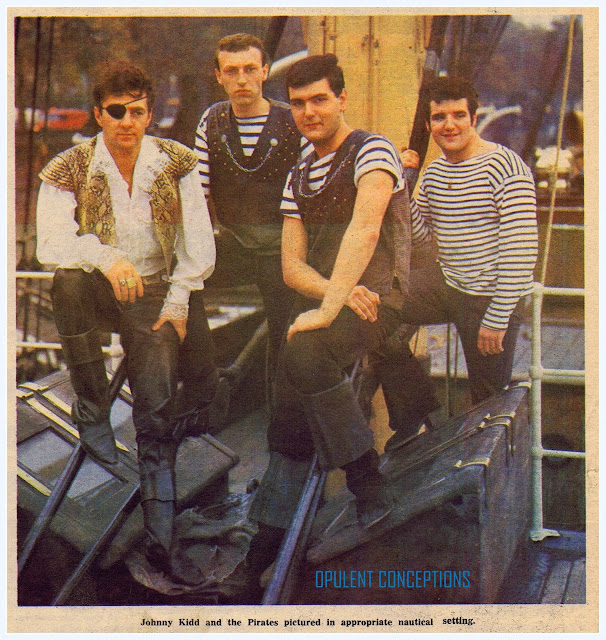 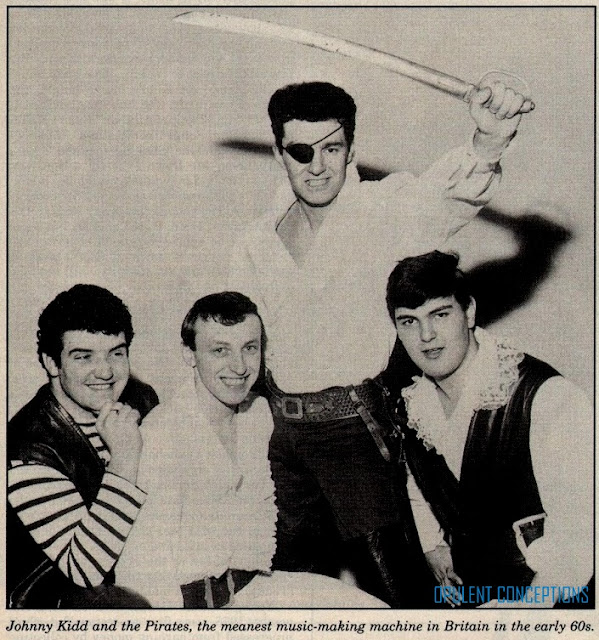 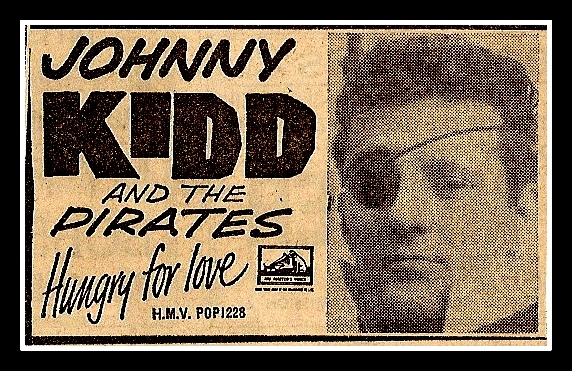 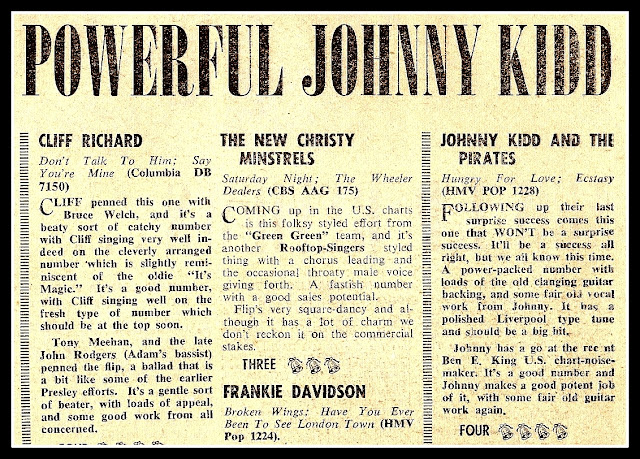 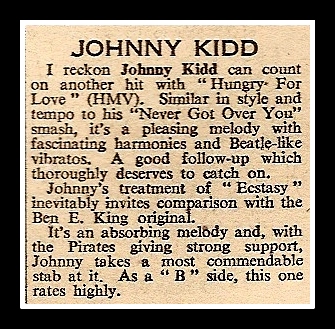