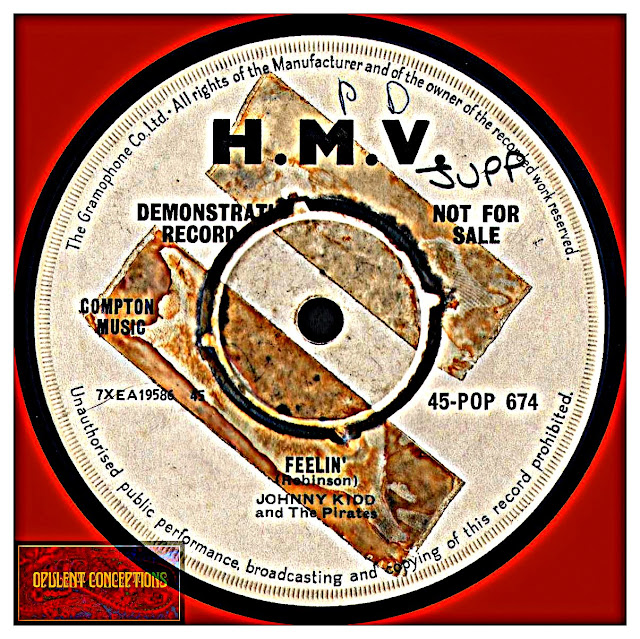 The second Johnny Kidd single was one of his favourite songs "If You Were The Only Girl In The World." This Music Hall standard went down well at gigs but after the previous rockin' single "Please Don't Touch" it was a let down and simply didn't sell.

As such it's not that easy to find nowadays. My copy is a white label demo. It appears that someone in the past has pressed out the middle for a Juke Box then regretted the decision and sellotaped it back in place!

Far superior is "Feelin" on the B-Side. This rocker with powerful guitar work and mean vocals would have been a much better choice for the single. I'm sure it would have been a fine follow up to the classic "Please Don't Touch."
"Feelin" was an instrumental composed by ex Freddie Heath Band member Pete Newman. Johnny Kidd liked it so much that he rearranged it and added lyrics.